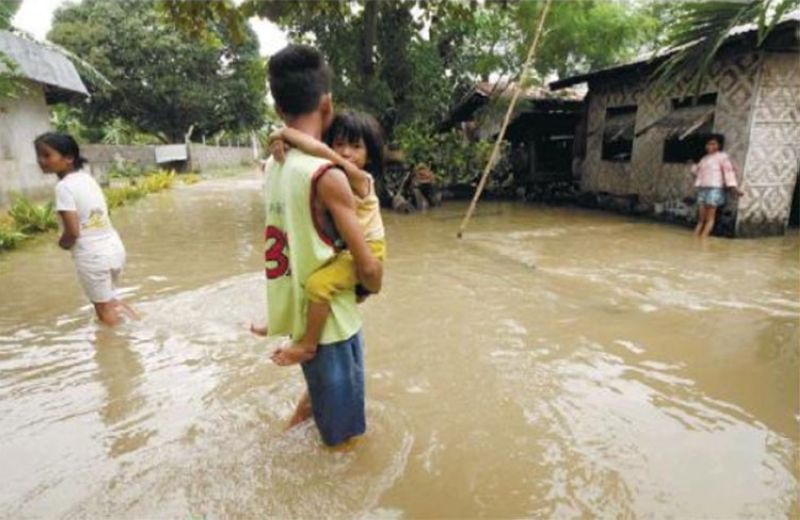 IDENTIFYING SUSCEPTIBLE AREAS. The Mines and Geosciences Bureau 7 has been encouraging local government units since September to check their geohazard maps to determine which areas are prone to flooding and landslides. (File photo)

THE heavy rain that flooded some parts of Cebu Province on Wednesday, Dec. 2, 2020, was equivalent to between 90,000 and 270,000 drums of water per square kilometer, according to a local weather official.

Eclarino urged those who are going out of town for the long weekend to monitor the weather to avoid getting caught in a flash flood in their area. (Friday is a special non-working holiday in Cebu Province and in the cities of Cebu, Mandaue and Lapu-Lapu to commemorate the late former senator, Cebu governor and Cebu City mayor Sergio “Serging” Osmeña Jr.)

Based on Pagasa’s forecast, the rain that will fall on Friday and Saturday may bring 2.5 milliliters (ml) to 7.5 ml or up to 37,000 drums of water per square kilometer.

It won’t be as much as the rain that fell earlier this week, but it can still cause flooding, Eclarino said.

“The public should continue to monitor thunderstorm advisories and heavy rainfall warnings. So far the ground is already saturated so the situation can be dangerous in areas prone to flash floods and landslides,” he said in a mix of Cebuano and English.

Gov. Gwendolyn Garcia is set to visit the affected areas to assess the damage.

Officials of the Provincial Disaster Risk Reduction and Management Office (PDRRMO) said the 1,551 individuals who were evacuated returned to their homes on Thursday, Dec. 3, after the water subsided.

In the PDRRMO’s updated report, Wednesday’s storm flooded 30 barangays in the municipalities of Balamban, Asturias, Poro, Compostela and Tuburan and Danao City.

The flood also damaged six classrooms, a footbridge and a flood control infrastructure.

Meanwhile, the Mines and Geosciences Bureau (MGB) 7 reminded local government units (LGUs) to follow the geohazard maps provided to them to prepare their constituents for any natural disaster.

Heart Rizarri, MGB 7 information officer, said as early as September this year, they started sending letters to LGUs to remind them that there are barangays in their areas that are susceptible to flooding and landslides.

The MGB 7 also encouraged LGUs to check their geohazard maps to determine which barangays are prone to natural disasters.

Based on MGB 7’s latest geohazard mapping, the barangays in towns that experienced heavy flooding earlier this week are all prone to flooding or landslide. / ANV / JKV / WBS