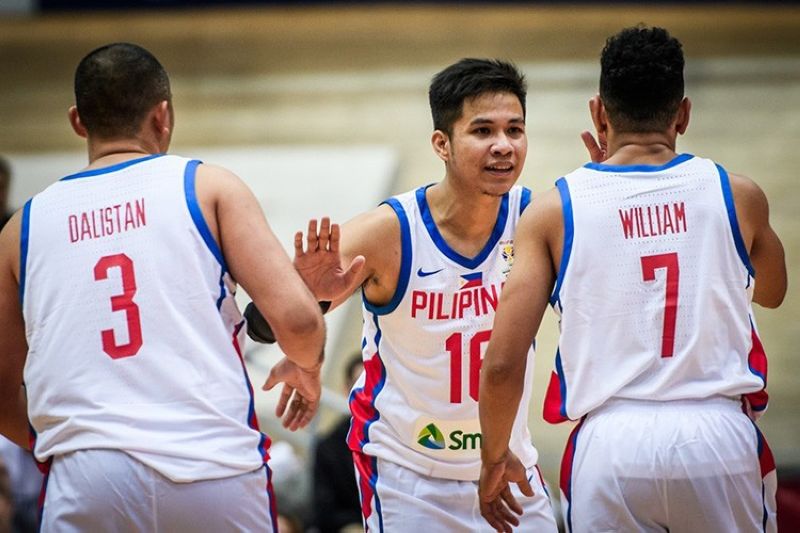 As great as the young cadets were in the second window of the 2021 FIBA Asia Cup qualifiers, SBP program director Tab Baldwin related that the team still needs the help of experienced PBA players like Cebuano Roger Pogoy. (FIBA photo)

The Gilas is coming off a two-game romp against Thailand in the second window of the 2021 FIBA Asia Cup qualifiers. But with matches against South Korea and Indonesia looming in the third window in February 2021, Baldwin said he needs PBA players to beef the team up after they went with an all-cadet squad in the Manama “bubble.”

"We're hoping to have the same access to the same pool of players, and if we can extend that to other players, including the possibility of Ange Kouame getting his naturalization, that would be great as well," Baldwin said during an appearance on the Coaches Unfiltered show on Thursday night.

"I think there were guys in the last window in February, and hopefully most if not all will be interested to be available again, but I'm just gonna wait and see who's available, and then we'll make some decisions on who we would like to bring in," he added.

Baldwin’s sentiments are in line with the vision of SBP president Al Panlilio, who maintained that experience remains crucial in international competitions.

"I think the best players are still in the PBA. In FIBA competition, you do need the experience of playing internationally. It's great that 14 young men got that experience, but when it comes to competition down the road, you need veterans to come in and contribute," Panlilio said.

With the PBA “bubble” still ongoing, Baldwin said he and the SBP still have to sit down and talk with all their partners to ascertain what the best steps are heading to the third window.

"We are planning and obviously we have to talk to all of our partners who are involved in the basketball landscape — the PBA, the SBP, and our bosses, and all of the college teams, too. But until all the bosses can sit down, we don't know," Baldwin said. (JNP)