Invalid DQR prevents entry of some to Davao City 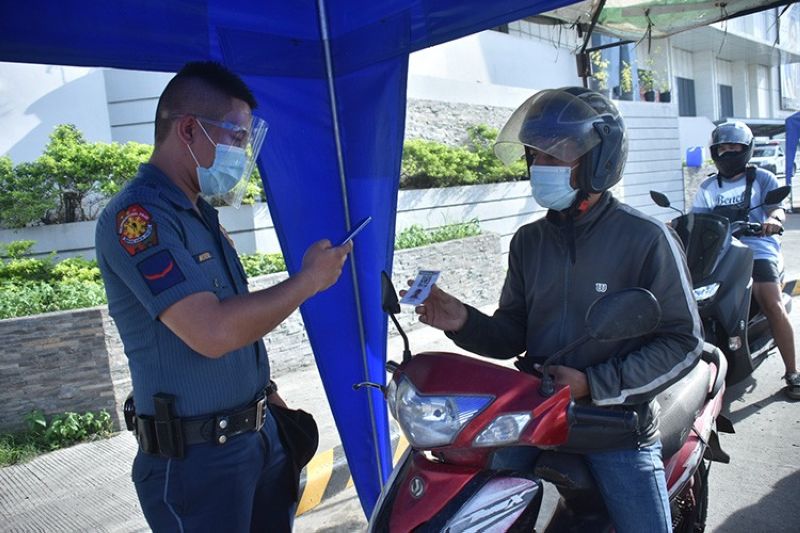 SOME Safe Davao QR (DQR) code holders were barred from entering Davao City because their QR codes were invalid, a city official said in a radio interview on Thursday, December 3, 2020.

City Human Resources Management Office (HRMO) head Lemuel Ortonio said some invalid DQRs were those that were secured during the pilot testing period.

In an advisory, the City Government said those who have registered during the DQR pilot testing for City Government of Davao employees from October 25 to 30, 2020 are considered invalid.

The local government said DQR text codes with a prefix “DC” are invalid and are advised to register for a valid DQR link (persons.safe-davao.com).

Despite instructing their employees not to leak the online link of the pilot testing, Ortonio said some shared the link to non-city government employees.

Those with invalid DQR codes will have to register again, he said.

The DQR system, which was started to be enforced on November 23, is currently being implemented gradually in the city. Currently, it is being checked by some city and national government offices, selected offices and establishments, quarantine control checkpoints, and city borders.

On November 27, Ortonio said the DQR scanning has also started in some selected hospitals, banks, and public markets.

The official said the city is currently imposing the DQR gradually in order not to burden the system.

“Gina-pacing nato atong system because dili nato gusto mabigla gani ato system na at one time daghan mugamit (We are still pacing the system for it not to be overloaded with traffic) ," Ortionio said.

But he said the city is nearing its full implementation.

"We are nearing [full implementation], per checking with the developer team, nearing na pud sila sa pag-finalize (they are finalizing the system)," Ortonio said.

Ideally, he said it is the establishments who should be scanning the DQR of its customers and those visiting their premises, but the city will be posting the link of the scanning app so that the individuals will be the ones to scan the establishment's DQR.

Mayor Sara Duterte-Carpio previously announced that the city will not be apprehending individuals for now while the DQR system is still under pilot testing.

Meanwhile, she said those who have registered but encountered errors upon scanning might have resulted in the city cancelling its DQR for various reasons: either the information provided during the registration was not clear, or there is falsification in the information and/or IDs provided.

The City Government recorded a 98 percent compliance with the DQR.

Ortonio said the 98 percent compliance noted on November 28 was a significant increase from November 24 when the DQR for travelers to Davao City was started to be implemented.

He said, “We have only six persons denied entry to Davao City on November 28, an improvement from 13 persons on November 27.”

Meanwhile, a total of 542 individuals were denied entry due to non-compliance of the city's Executive Orders 62 and 63 from November 18 to 28, with November 20 posting a record high of 144 persons, and both November 5 and 6 with the lowest record of five each.

The Davao City Police Office (DCPO), meanwhile, observed that with the start of the mandatory DQR implementation on November 24, there was no drug apprehension.

“It appeared that drug couriers and addicts are afraid to be identified through (the) Safe Davao QR,” the DCPO reported.

The DCPO noted that minor technical problems were encountered but were immediately resolved.

The local police, upon Ortonio’s approval, also initiated the use of personal smartphones as scanners at quarantine control points to help keep social distancing, especially in public markets where long queues were observed at the entrance, and also to decongest roads. (With reports from CIO)