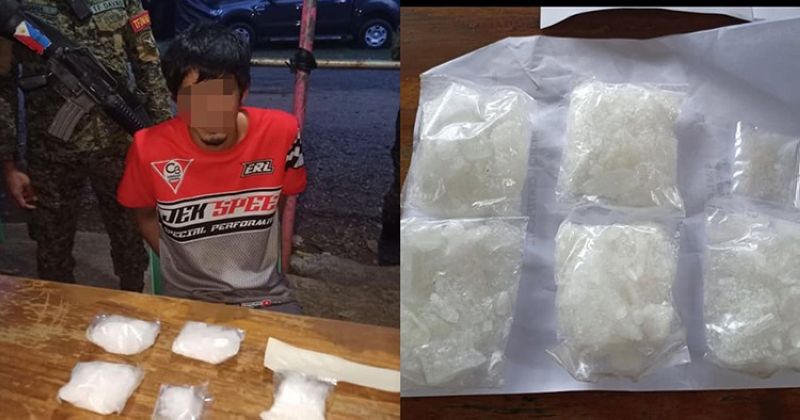 TASK Force (TF) Davao intercepted a 19-year-old man at the Sirawan checkpoint on Wednesday afternoon, December 2, 2020, after he was caught in possession of shabu worth P4.08 million.

The apprehended person was traveling from Cotabato City to Nabunturan when he attempted to avoid the checkpoint around 4 p.m., prompting the TF Davao personnel to thoroughly inspect him and his private vehicle.

Camiso was found in possession of five jumbo-sized and one small heat-sealed plastic transparent sachets of substance believed to be methamphetamine hydrochloride or shabu with an estimated weight of 255 grams.

TF Davao said the suspect was immediately turned over to the Toril Police Station and will be charged with violation of Republic Act 9165 or the Comprehensive Dangerous Drugs Act of 2002.

Meanwhile, the local task force said it already intercepted P14.065 million worth of illegal drugs at checkpoints from suspects who attempted to sneak in contrabands into the city.

Davao City Mayor Sara Duterte-Carpio previously said the city's security forces deployed at checkpoints are still conducting strict measures to ensure that no illegal drugs can pass through, aside from enforcing the city's policies in relation to its Covid-19 response.

The mayor said the public is expected to endure longer lines at checkpoints as quarantine control checkpoints will be thorough in inspecting everyone, including their belongings.