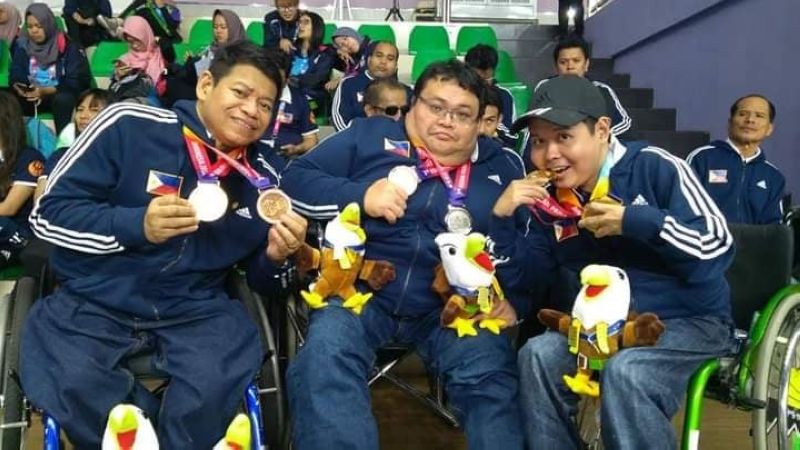 Infiesto said, "We have done our best and placed fifth overall out of 60 teams. It is good enough for a first timer in the world team championships for disabled."

In the Olympiad, a team win is worth two points while a draw is equivalent to one point.

"We will try to come back better next year,"Infiesto, who is also National Chess Federation of the Philippines (NCFP) Davao regional director, said in a Facebook interview with SunStar.

Lopez, for his part, said their feat was already something to be thankful for and celebrated.

“I feel satisfied with our results as first timers of this world event and we have won against the team of Poland 1, who was seeded first and fielded a grand master (GM) in their roster. We also defeated Russia Team 2," the 2018 Jakarta Asian Para Games double gold and silver medalist said.

Philippines 1 first drew with Canada, 2-2, before eking out a 4-0 shutout wins over the United States of America and Russia 2 in the second round and third rounds, respectively.

The Filipinos then held off fourth seed and powerhouse Israel to a 2-2 standoff in the fourth before the stunning victory over heavy favorite Poland 1, 3-1 in Round 5.

Infiesto's wards demolished Ukraine 1, 3-1, in the sixth round only to fall at the hands of Russia 1, 1-3, in the seventh and final round.

Lopez said, "Honestly, we'll just be happy if we can draw the match against the mighty Poles and Russians but we've given the opportunity to beat them and we took it."

He also said that competing in the tournament entailed a lot of preparations. A strong internet signal was crucial so he used a LAN connection and opted for an upgrade. He also reserved a postpaid connection from another network in case of emergencies.

They played one round each starting at 10 p.m. for seven days and nobody was allowed to be in the same room as the players while matches were ongoing.

"We were on Zoom and we had to share screen. We were issued laptops by PSC and that's what I've been using since joining online tournaments in March. I only invested in a UPS (Uninterruptible Power Supply) in case of power outage," Lopez added.