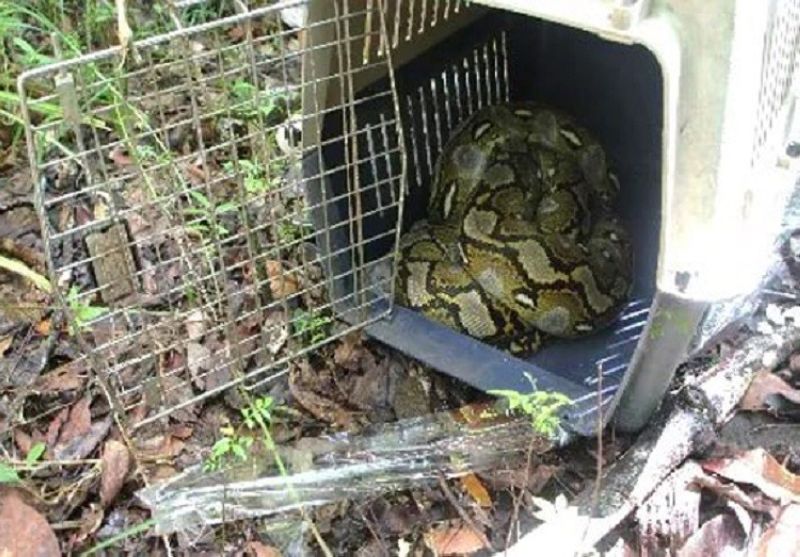 ZAMBOANGA. Personnel of the Department of Environment and Natural Resources released on Tuesday, December 1, a reticulated python in Cogon Ecotourism Park in Dipolog City. A photo handout shows the python being sent back to its natural habitat. (SunStar Zamboanga)

Rosevirico Tan, DENR regional information officer, said the python was released on Tuesday, December 1, 2020, after initial assessments by Penrp personnel revealed that it was healthy and in good condition.

Tan said Police Executive Master Sergeant Rev Marcojos, and Police Corporals Louie Magsanay and Philip Eguia of the Dipolog City Police Station turned over the snake to the Penro after it was surrendered to them by concerned citizens.

The wildlife was spotted and rescued on November 28 by fisherfolks along the shore of Sunset Boulevard in Miputak village, Dipolog City.

The python has an estimated length of 353 centimeters and a diameter of 12.5 centimeters, weighing 20.4 kilograms.

Tan said the turnover of the wildlife is an indication of the effectiveness of the information dissemination campaign on Republic Act 9147 also known as the Wildlife Resources Conservation and Protection Act. (SunStar Zamboanga)