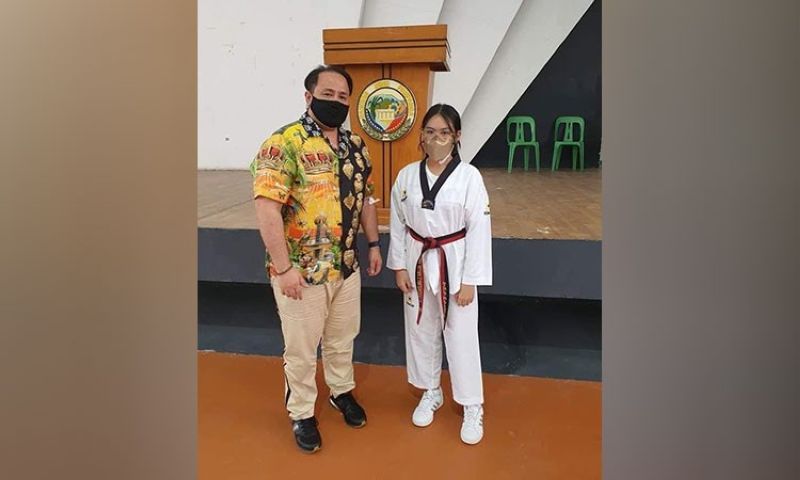 THE country's culinary capital added another feather to its cap after one of its own, a 13-year-old, has reaped national and international awards in taekwondo.

Pineda said Valenzuela's achievements were impressive and have brought pride and honor not only to her families but to the province as well.

"We are very blessed because we have another homegrown talent that was acclaimed both here and globally. We will support her all the way," he said.

He encouraged the taekwondo fighter to continue reaching for her dreams so she can inspire young athletes to do the same. He likewise commended her parents for fully supporting their daughter in this endeavor.

The governor further encouraged young Kapampangans to get involved in sports including taekwondo and to do away from vices to achieve their dreams.

In an interview, Valenzuela said she feels "proud and honored" for the accolades and vowed to work harder to reach her full potential.

"There are times I do not get gold medals or I do not win but I never give up," she said when asked of the challenges that she faced during competitions.

"I trained really hard because there are a lot of athletes that are strong in this competition. I am just happy that I won medals," she added.

Valenzuela, now in her 8th Grade, is an achiever in her own right. She graduated as valedictorian in her elementary class and a consistent honor student at the University of the Assumption, according to her parents, Arnold and Josa-Roja.

"She is an independent, diligent, and obedient child," he said.

Taekwondo is one of the most systematic and scientific Korean traditional martial arts and teaches more than physical fighting skills. It is a discipline that shows ways of enhancing one's spirit and life through training the body and mind. (PR)