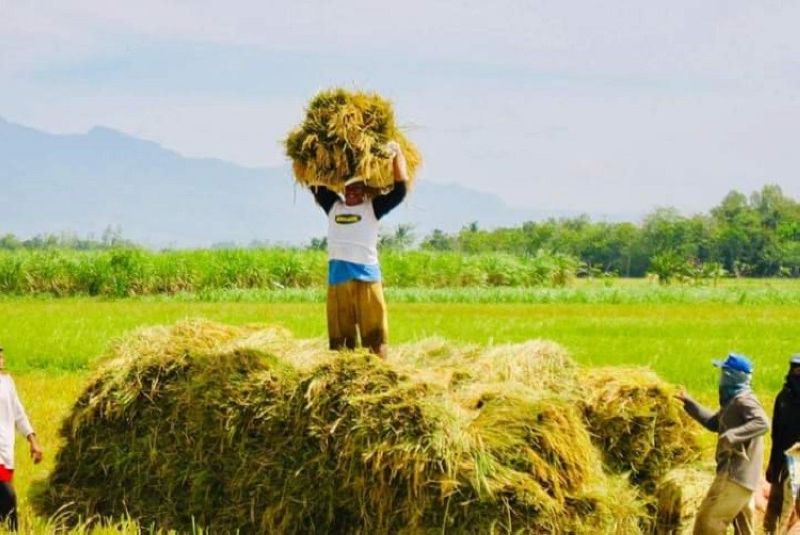 BAGO. Bago City remains to be the top rice-producing city in Western Visayas in terms of yield, according to the Department of Agriculture. (Contributed photo)

FOR three consecutive years since 2017, Bago City has been recognized as the top rice-producing city in Western Visayas in terms of yield by the Department of Agriculture (DA).

This is higher compared to the average yield of 4.4 MT per hectare in 2018.

"We are on an upward trend and the city remains to be the rice granary of Negros Occidental," he said, attributing the new recognition to the agricultural programs as well as assistance including various inputs provided by the local government to the lical farmers.

The Bago City Government, through its City Agriculture Office, has been providing production and post-harvest facilities, as well as irrigation projects aimed at helping rice farmers in the locality.

Indencia said one of their priorities is farm mechanization, as there is a problem on the depleting number of farmworkers in the country.

Amid the prevailing pandemic, the city agriculturist has expressed optimism to sustain the increasing yield this year.

Indencia said community quarantine measures have not significantly affected farm activities. The huge demand for food has not disrupted the agriculture sector.

"We will work on further increasing our rice production through one, sustaining our programs on technology and subsidy," he added.

The city government procures machineries and outputs like seeds and fertilizers which are given as subsidies to farmers associations.

It plans to strengthen farmers organizations so to boost the delivery of information, programs and services to the farmers.

The City Agriculture Office along with the Sangguniang Panlungsod is working on addressing the problems on low-buying prices of palay (unhusked rice), especially during the peak harvest season.

Indencia said the city plans to add more support like machineries, especially during calamities through farmers associations to lessen their production costs and losses as palay prices are low.

"We are tapping the provincial, regional and national government for us to give a full subsidy to our farmers," he said, adding that "we have started these efforts, we just have to continue and even find more solutions to the challenges we are facing."

Meanwhile, the recognition as top rice-producing city in the region is given by the DA through the Rice Achievers Awards.

It is an annual event of the agency that recognizes the efforts of outstanding rice producers in the Philippines.

The DA, through the award, recognizes institutions, groups and individuals for their contributions in the food sufficiency program of the government.

For Western Visayas, the awarding is on December 14 in IloIlo City.

Indencia will also receive the Outstanding Agricultural Extension Worker award. He is also a grandslam winner of the award since 2017.

Another personnel from Bago City, Mirasol Coste, will also receive the same award for her contribution to increasing the yield of farmers in Barangays Balingasag, Calumanggan, Sampinit and Taloc.

Lalaine Ganate, also from the city, will be awarded as outstanding local farmer technician in the region.

"We share these recognitions to our farmers," Indencia said, urging them to organize as groups, cooperate with the government, and be open to technologies being introduced to them.

Provincial Agriculturist Japhet Masculino lauded the efforts of Bago City for maintaining its status as top rice producer among the cities in Western Visayas.

"This could not have happened without the support of the local officials and agriculture employees of the city," he said, adding that Bago City is also a factor why Negros Occidental is the number one province in the region in terms of production with 4.11 MT per hectare.