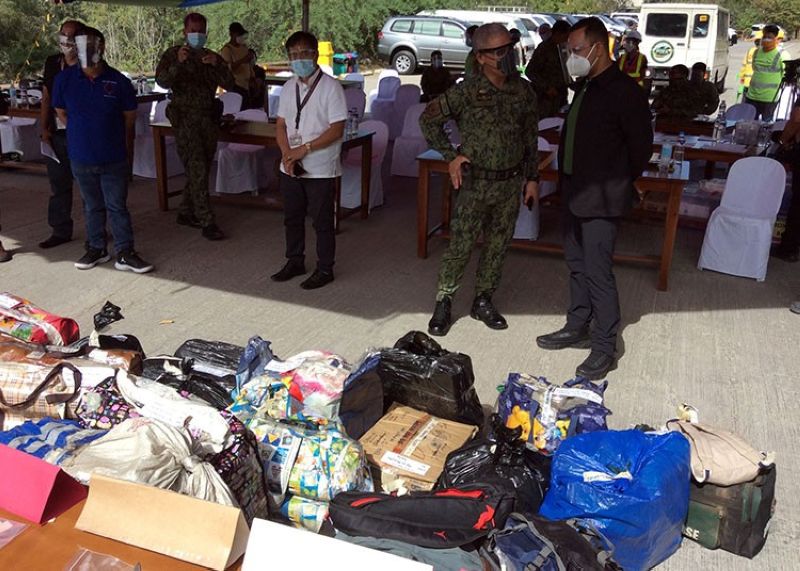 DECOMPOSITION. P60 million worth of shabu and marijuana seized by the combined efforts of the Police Regional Offices and the Philippine Drug Enforcement Agencies (PDEA) of Cordillera, Ilocos and Cagayan Valley undergo thermal decomposition in a cement plant in Bacnotan, La Union. (Jonathan Llanes)

"All the seized illegal drugs will be mixed with cement to decompose and will lose all its chemical value prior to decomposition. This is an efficient way of decomposing through thermal treatment in parallel with mixing cement," Castro said.

This is the first inter region destruction ceremony by the police and PDEA.

Castro reiterated the campaign against illegal drugs in the Cordillera has been fruitful.

"We consider the drug campaign in the Cordillera successful because there are no big fishes that have been arrested. Baguio City is near and accessible to which sources of shabu comes from the lowlands and is ferried to the city by motorcycles. We encourage the public to continue to report activities involving the use and sale of illegal drugs and we are only giving these illegal drug groups two options, to leave the Cordillera region or face the consequences," Castro added.

Police Brigadier General R'win Pagkalinawan, PRO-Cordillera director, informed the public that this will now be a practice of the three regions in terms of illegal drugs destruction.

"Our usual practice is to burn these illegal drugs but with this process, no residue specially shabu will be left. We will continue this process of destruction to which PDEA is in charge. All seizures that will be gathered will go to the crime lab and then be sent to PDEA," Pagkalinawan said.