P55M worth of infra, crops doomed in Tuburan flood 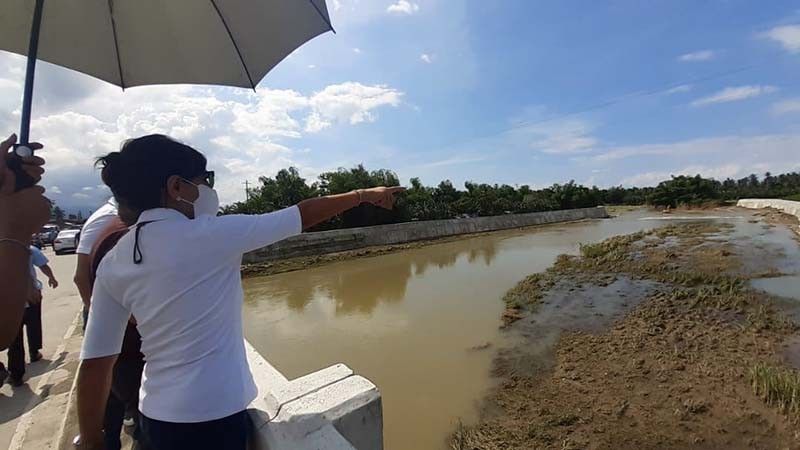 This was revealed by Richard Fernandez, head of the Municipal Disaster Risk Reduction and Management Office (MDRRMO), to reporters during an interview in Barangay Molobolo on Friday, Dec. 4.

Of the estimated P55 million, the MDRRMO reported that around P40 million worth of infrastructure, classrooms and houses were damaged. Around P15 million worth of crops and livestock perished in the flood.

Hernandez said the flood was the worst Tuburan had experienced in years.

He said Tuburan has several tributaries that also swelled last Wednesday, which contributed to the massive flooding.

Neil Sanchez, head of the Provincial Disaster Risk Reduction and Management Office (PDRRMO), said his office received a report that a tornado was spotted in the area between Danao City and Tuburan.

The PDRRMO still has to confirm this.

Based on the Tuburan MDRRMO data on Dec. 3, the flood affected 20 of the town’s 54 barangays.

Gov. Gwendolyn Garcia inspected the areas heavily affected by flood on Dec. 4. She first visited Balamban and inspected a portion of the river in the town. She later visited portions of Guinabasan River in Asturias and Languyon River in Tuburan.

The governor decided to conduct dredging operations to prevent flooding in the future. To finalize her move, Garcia will meet with the members of the Provincial Environment and Natural Resources Office, the Provincial Engineering Office, the PDRRMO and the Department of Public Works and Highways and other agencies on Dec. 9.

The Capitol will also send aid to families affected by the flood.

The family of Tuburan barangay health worker Robilyn Cebuano, 35, was among the families displaced by the flood.

She said her family’s house was damaged after a tree fell over it.

Cebuano is aiming to rebuild their home before Christmas. / ANV /KAL