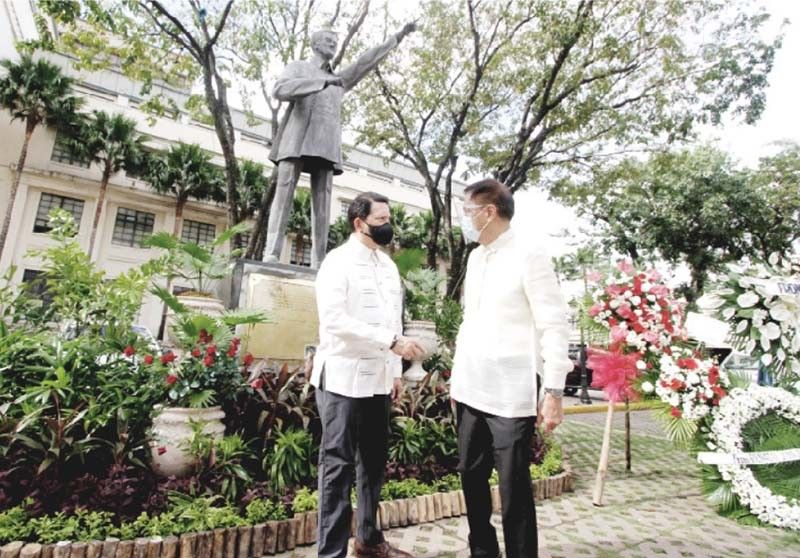 Labella said he holds the older Osmeña with great respect for his contributions to the city’s development.

“He served as Cebu City mayor, Cebu governor, congressman, and senator. I’ve always thought of him as the best President we never had,” Labella said in his official Facebook page.

“We remember Serging and the kind of intelligent, forward-thinking, and selfless leadership he exemplified,” he said.

He ran and lost to Ferdinand Marcos in the Presidential Elections of 1969.

President Rodrigo Duterte issued Proclamation 1053 on Nov. 18, 2020 declaring Serging’s birthday on Dec. 4 this year as a special non-working day in Cebu Province and the cities of Cebu, Mandaue and Lapu-Lapu.

“I’m very honored to be the fourth generation Osmeña. It is his 104th birthday and we are commemorating this momentous day to honor this humble person, a fiscalizer,” Renato Jr. said.

“He would always stand by honesty, integrity and patriotism, and that is what I am very proud of. We’re just very thankful. And bear in mind that what he has started, I would love to continue,” he added. / PAC / JKV