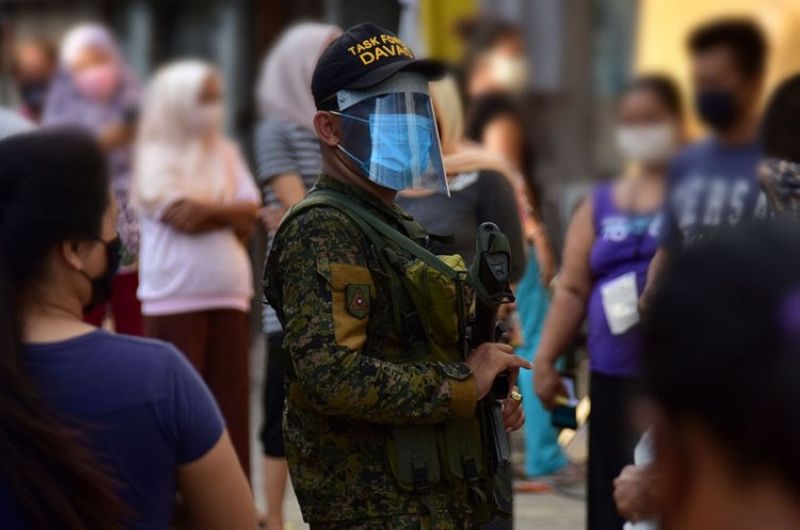 DESPITE being placed under general community quarantine (GCQ), an official from the Department of Health-Davao Region (DOH-Davao) said Covid-19 cases continue to rise in Davao City because "more people can still be seen on the streets."

DOH-Davao Regional Epidemiology and Surveillance Unit head Cleo Fe Tabada said on Friday, December 4, there is still a continuous spike of cases recorded in the city even prior to its shift to GCQ.

Davao City reverted to GCQ initially from November 20 to 30, 2020, upon the recommendation of the National Task Force (NTF) Against Covid-19, following the city's rising Covid-19 cases. It was extended by President Rodrigo Duterte until December 31.

Davao del Norte was also placed under GCQ until the end of 2020, also due to the continuous spike of cases in the province.

While Tabada said the Davao City government has been "efficient" in placing restrictions and other Covid-19 measures, including the reimposition of curfew, liquor ban, the mandatory wearing of face masks and face shields and the observance of the physical distancing, regulating the movement of people still poses a challenge.

She said the intensified case finding is also one factor in the continuous spike of cases in the city.

"Earlier on, when we had quarantine protocols, halos wala kaayo'y makitang tao sa community (you often don't see people in the community). But now, despite the GCQ, we see more people in the streets, in malls, offices, and establishments, even if the restrictions are being instituted, medyo galisod ta og implement niini (we are struggling to implement these protocols) because people are around," she said, adding that movements from one place to another is a contributory factor to the widespread of the virus.

She said the failure to comply with minimum health protocols adds up to the continuous increases of cases.

"Our action is supposed to protect others. So unless it becomes clear to everyone, this will continue [increase of cases]," Tabada said.

Although she did not mention if there is a need to elevate the city back to a higher quarantine status, she previously said this might affect the economic activity of the city, which should also be considered.

If possible, she added, people should stay at home at all times and should go out less frequently, except for work and business purposes, accessing basic goods and services and emergency cases.

She said there is a need to address the clustering of cases within communities.

Tabada said all local government units in the region are continuously addressing to expand their critical care facilities.

DOH recently spearheaded the ACT, a rapid and intensive Covid-19 testing done in high prevalent areas and areas where there was a significant increase of cases in a short period.

A total of 10,000 individuals are targeted to be tested until December 4.