To serve the people in the middle of pandemic 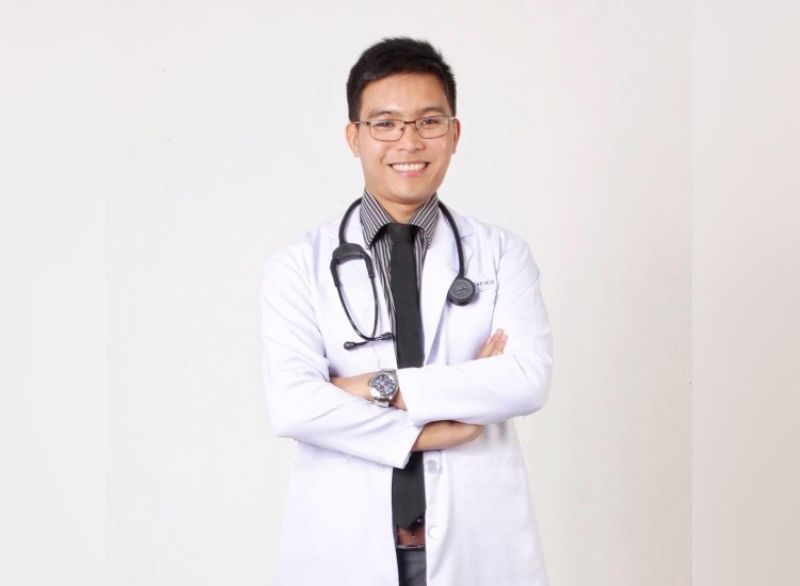 THE Covid-19 pandemic was an unexpected twist of fate. While some saw it as a downside, for others, it was an opportunity and new beginnings.

Christian John Salang Capirig woke up on November 26 with unexpected news -- he ranked 10th in the November 2020 physician licensure examination, making him the only Mindanawon in the top 10.

As a first-time taker, he did not expect to top the exam, considering the challenges he went through while preparing for it. Capirig said working in the medical field was a long-desired path.

He said being a medical doctor is a noble profession, considering that his family also has a history of cardiovascular-related conditions.

He shared how his grandmother had been going in and out of hospitals. As a kid, he was already exposed to the hardships of having a sick family member, wherein he personally saw how the medical profession works and, eventually, influenced him to take the path.

Capirig finished his BS in Biology at the Ateneo de Davao University in 2014 and immediately proceeded to study medicine at the Davao Medical School Foundation and graduated in 2019.

It was years of studying and practicing for him. While he said he had loved his scholastic days, he admitted to getting envious of his fellow batchmates, who are now enjoying their career after finishing their four-year courses.

"I saw some of my batchmates in high school who are now enjoying their earnings and traveling. While me, I'm still stuck here, finishing my second course. There was a time that I even questioned my decision of proceeding," he said.

Instead of feeling unmotivated, he turned his attention to his goal and finished what he already started.

After graduating, he had his postgraduate internship at the Southern Philippines Medical Center until it was cut short in March when the city started imposing the community quarantine. Making use of his free time, he started reviewing for the board exam during the lockdown.

"I took that time to review since everyone was mandated to stay home. With my friends, we devised a way for us to not waste time. We have our review sessions," Capirig said.

The exam, which was supposed to be in September, was moved to November.

While he said it gave him more time to review, he admitted it was also not easy.

Being the youngest of three children and the only child left in the country, he also had to do his part in the family since both of his parents belonged to the vulnerable sector.

"I also had to do some errands because my parents cannot go out as it is too risky for them. At the same, it even boosted me to do more for them," he said.

The night before the last day of their four-day licensure exam, his mother was rushed to the hospital because of high blood pressure. Since his father is not allowed to go out, Christian was there beside his mother, taking care of her.

"Some of those who took the test were busy cramming on the last day. I was there beside my mom. I did not even think of the examination during that time. Yes, I have prepared for this test for a long time. But you know, my mom's life is way more important than any licensure test. It can wait," Capirig said.

Fortunately, his mother became stable and Capirig was able to take the test despite being exhausted the night before. True enough, his efforts and sacrifice bore fruit.

Now that he is a full-fledged medical doctor, he is eyeing to serve as a rural physician. He is also thinking of serving as a medical frontliner to help respond against Covid-19.

"During our review, I told my classmates we need to strive hard since we are needed at this time. At least we could serve in our little ways, considering that we are fresh doctors," he said.

"We understand how burdened our healthcare system is right now, added with the discriminations they are facing. We are willing to be of service, in case there will be an offer," he added.

To those who desire to achieve something, he said one must set their goals and ask for guidance. One must also what they are doing. When failure strikes, "learn from your mistakes. Take it as a natural phenomenon."

With the challenges that people are facing now, he urged people to find hope and to find it in them to do something more for others.