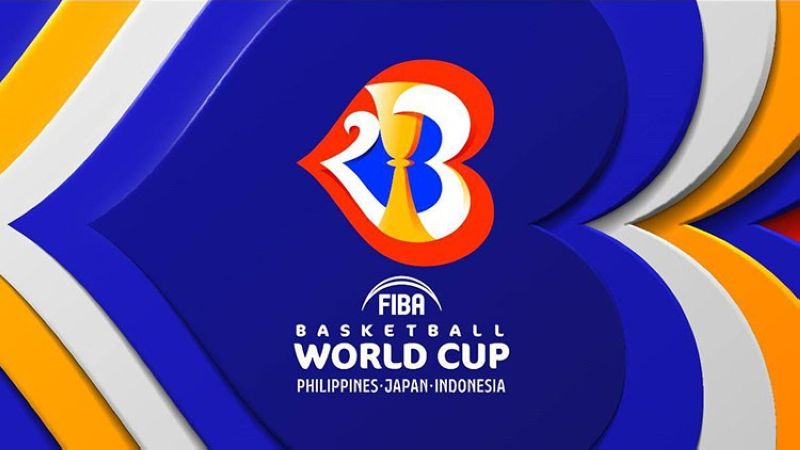 The world governing body for basketball, FIBA, has unveiled the logo for the 2023 FIBA World Cup, which would be hosted by the Philippines, Japan and Indonesia.

FIBA explained the symbolism behind its logo, stating in a press release, “The three host countries all have a strong passion for basketball and this love of the game is embodied in the new FIBA Basketball World Cup 2023 logo, which will bring together millions of fans, with millions of hearts beating as one.”

“The sideways heart symbolizes the passion for the game, while the Naismith Trophy is the dream for all participating teams in the World Cup. The '23' represents the year during which the spotlight will shine across the three host countries,” it continued.

The 2023 FIBA World Cup will be staged on August 25 to September 10, 2023. A total of 80 national teams are expected to make their way to the three host countries. The final rounds will be held in Manila.

FIBA Central Board member and Samahang Basketbol ng Pilipinas (SBP) chairman emeritus Manny V. Pangilinan expressed how proud and excited the country is to be part of this significant milestone.

“We Filipinos are all proud to be a part of this important milestone in basketball, together with Japan and Indonesia. The Philippines looks forward to extending our brand of hospitality to the participating teams, to the world congress delegates, and to the many visitors expected to come - true to the essence of the logo we are launching today - a heart, the puso of the Filipino,” said Pangilinan.

“This is a very exciting milestone. The distinctive Fiba Basketball World Cup 2023 logo symbolizes our love for the game, which is shared by the organizing committees and FIBA, and it also represents the vision and passion of the event that brings together, for the first time, three host countries,” said FIBA secretary general Andreas Zagklis. (JNP)