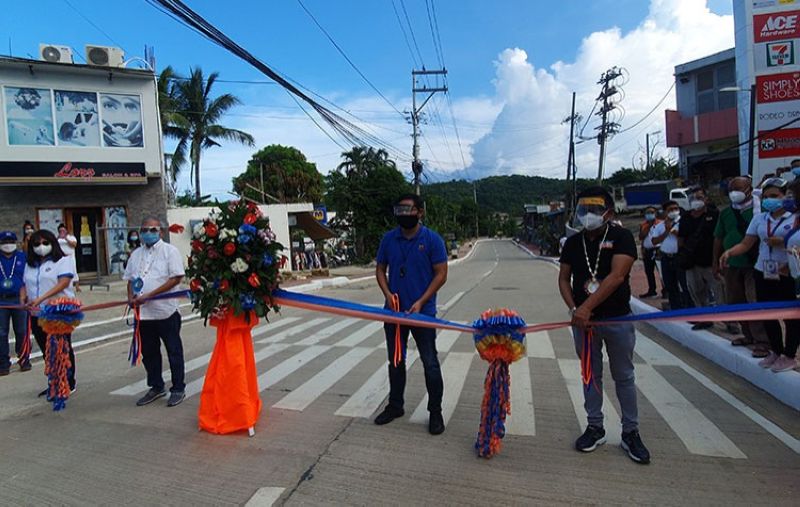 THE Department of Public Works and Highways (DPWH) is expecting that flooding in Boracay Island will now be minimized with the formal opening Friday, December 4, of the Boracay circumferential road project phase 2.

In a ribbon cutting ceremony Friday afternoon, DPWH Secretary Mark Villar said they had observed that flooding in some areas in the resort island during the series of typhoons that affected the island was so far minimal.

"We noted that recent heavy downpour of rains has minimized flooding especially on flood-prone areas of Boracay," he said.

"We still have another two years to finish the remaining phase 3 of the project which is around 11 kilometers," said Villar.

Drainage systems were also integrated in the circumferential road project in coordination with the Tourism Infrastructure and Enterprise Zone Authority, the Boracay Island Rehabilitation Management Group, and Department of the Interior and Local Government, among others.

"Tourists could maximize their enjoyment in Boracay with the minimize flooding," Villar added. (SunStar Philippines)