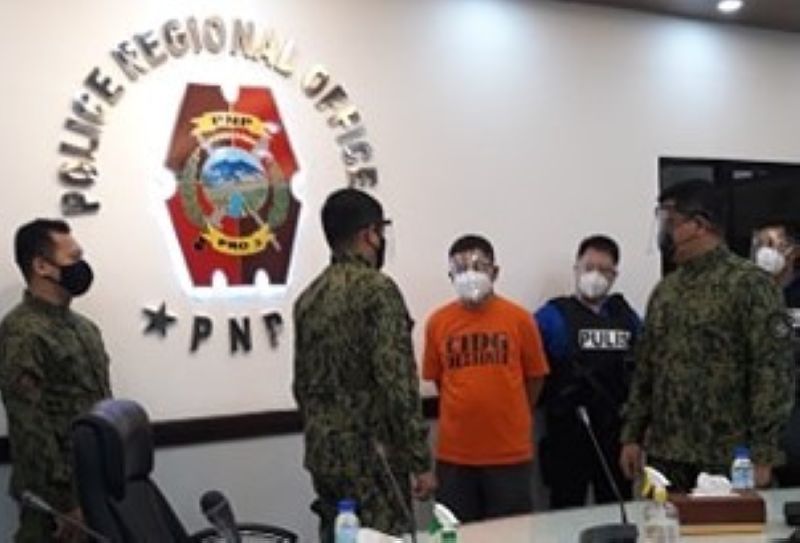 POLICE arrested on Friday, December 4, 2020, a suspected active New People’s Army (NPA) leader with a reward of P4.8 million for his arrest in his alleged safe house in Barangay Maisac, Mexico, Pampanga.

The suspect was collared by joint operatives of the Criminal Investigation and Detection Unit (CIDU)-Central Luzon, Tarlac Police, Pampanga Police, Regional Intelligence Division and Mexico police in his residence.

De Leon said the arresting operatives were armed with a warrant of arrest for the crime of rebellion issued by Judge Paul Attolba, Jr., presiding judge of the Regional Trial Court Branch 30, Bayombong, Nueva Ecija, dated July 20, 2018, with no bail recommended.

He said the suspect was armed with a gun and a hand grenade and allegedly tried to resist the operating team but was overpowered.

De Leon said Bernardino had reportedly organized labor unions as a legal front of the left-wing in various industries in the region. His group was held liable in the alleged slaying of four soldiers in an encounter in Kasibu, Nueva Vizcaya in September 2017.

The suspect is also listed on the Department of National Defense-Department of Interior and Local Government's national wanted person.

Recovered from the suspect were a caliber .45 pistol, a fragmentation grenade, three cellular phones and alleged voluminous subversive documents.

Appropriate charges for violations of Republic Act (RA) 10591 and RA 9156 are being prepared for filing in court against him.

De Leon said the arrest of Bernardino is the result of accurate information allegedly provided by former NPA members who have returned to the folds of the law and availed of the livelihood program and financial assistance under the Enhanced Comprehensive Local Integration Program.

The suspect is presently detained at the CIDU-Central Luzon.