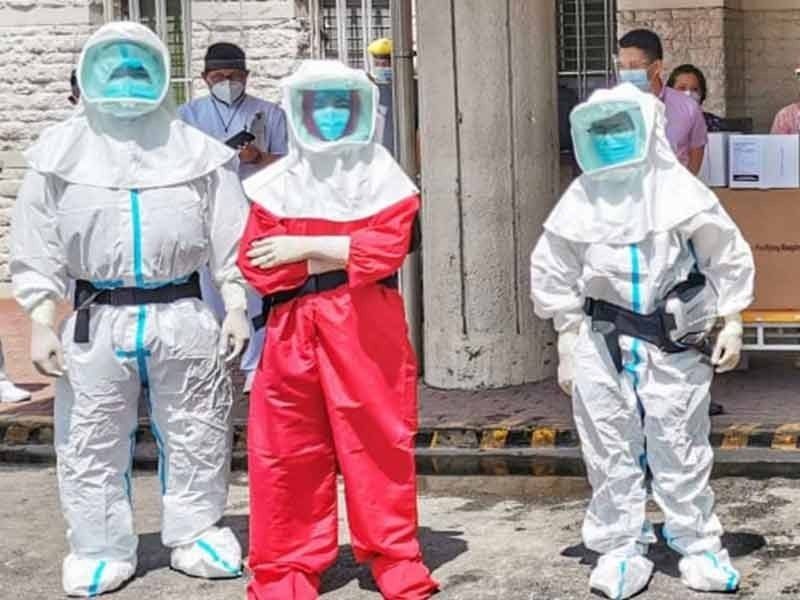 NEW coronavirus infections continued to decline and stayed below 1,800 a day in the first week of December 2020, Department of Health (DOH) case bulletins showed.

There are now a total of 439,834 coronavirus infections in the Philippines.

Mass recoveries every Sunday declined as well to 9,062 on December 3, around 14 percent lower than the 10,579 recoveries reported on November 29.

There were 29 additional mortalities from coronavirus disease 2019 (Covid-19) on Sunday, raising the death toll in the country to 8,554. The case fatality rate declined again to 1.94 percent.

The case fatality rate for Covid-19 in the Philippines has been fluctuating between 1.94 percent and 1.95 percent.

The rest of the regions had less than 1,000 active cases, which refers to coronavirus-positive individuals who are either confined in a hospital or under quarantine in an isolation facility.

Globally, more than 66.57 million people have been infected with Sars-CoV-2 and more than 1.5 million had died from Covid-19, according to the Johns Hopkins Coronavirus Resource Center.

The city has been logging single-digit cases for the past eight days.

In mid-November, the EOC noted a spike in cases when the city logged double digits for several consecutive days.

Based on the EOC data, the city had 198 active cases as of Saturday.

Garganera also said that more barangays have reported zero Covid-19 transmission in the last two weeks. Of the city’s 80 barangays, only 31 have active cases, he said.

“When daily recoveries are much higher than the positive is a very good sign. Positivity rate of 1.27 percent is very much lower than the WHO (World Health Organization) threshold of five percent,” Garganera said.

Globally, more than 66.57 million people have been infected with Sars-CoV-2 and more than 1.5 million had died from Covid-19, according to the Johns Hopkins Coronavirus Resource Center.

Meanwhile, stranded individuals in Cebu City who plan to return to their respective hometowns that require a negative swab test result this holiday season can still avail themselves of a free swab test from the government.

The free swab test is available Monday to Saturday, from 9 a.m. to 3 p.m., at the Bayanihan Cebu Swabbing Center in the International Eucharistic Congress Convention Center on Pope John Paul II Ave. in Barangay Mabolo.

The center requires the public to book their test ahead since it does not accept walk-ins.

The expected turnaround time is three to five days. The count starts the day after the swab test, excluding weekends.

Aside from the Bayanihan Cebu Swabbing Center, the public can also avail themselves of the free walk-in and drive-in swab test at the Vicente Sotto Memorial Medical Center (VSMMC).

Rey Cris Panugaling, head of the VSMMC’s Information, Communication and Strategy Management Office, they already conducted 29,300 swabs, as of Nov. 25. Of the number, 16,653 were drive-ins, while 12,647 were walk-ins.

Those who want to be tested must first register online at the VSMMC official website to book an appointment.

The result of the test is usually sent through email after four days.

The hospital earlier said it could accommodate 20 walk-ins per hour and 10 drive-ins per hour.