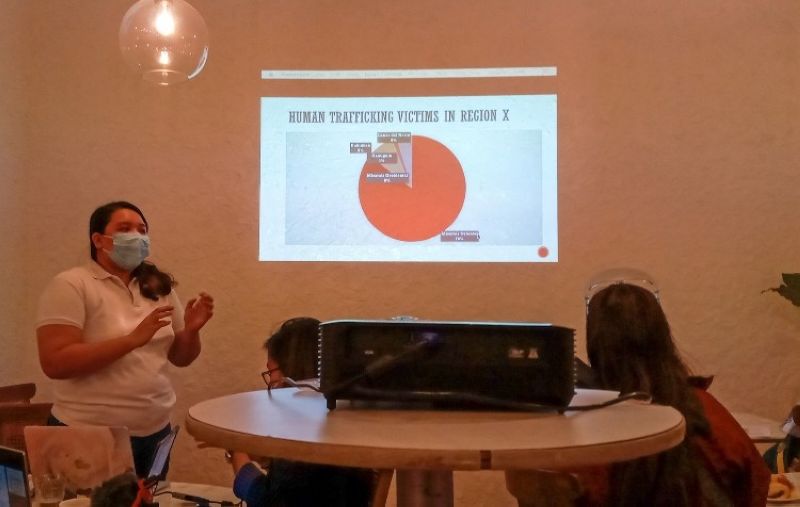 A TOTAL of 275 victim-survivors of human trafficking was recorded in Northern Mindanao from January to November 20, 2020, the Department of Social Welfare and Development (DSWD) reported.

Guibone said most of the cases in Misamis Oriental are labor trafficking-related cases.

She also noted that 78.73 percent of the total victim-survivors of human trafficking served by DSWD in the same period is under the labor trafficking category, followed by Online Sexual Abuse and Exploitation (OSEAC) at 13.09 percent.

Guibone said while the number of victim-survivors under OSEAC is lesser than in labor trafficking, they are more concerned in the former as rescue operations happen every month.

"Unlike sa labor trafficking na ma-report in one set because daghan man sila in one operation or one entrapment, unlike ni OSAEC na dili kay sya mabantayan mostly because naa ra man sya done in the comfort of the home of either of the victim or the facilitator. Dili kay siya gakabantayan sa family or sa barangay," she added.

Guibone further said they are also anticipating the increase in the number of victim-survivors under OSEAC by the end of the year or early 2021.

"Ang OSAEC is something we are also anticipating na basin modagahan pa, expecially na ang mga bata is naa ra sa balay or the communities are mostly on lockdown or in quarantine," Guibone said.