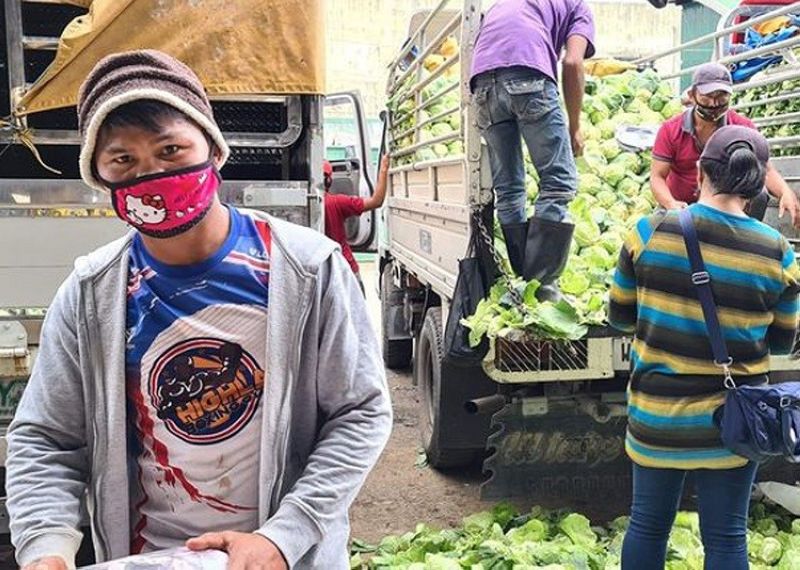 WITH more than eight months of being sidelined as a boxer, former Orient Pacific Boxing Federation (OPBF) champion Jelbirt Gomera has found a new job just to earn a living.

Gomera, together with three other professional boxers of the Highland Boxing Gym, is now trying to make ends meet by being porters at the La Trinidad Vegetable Trading Post.

Brico Santig, who owns Highland Boxing Gym, said his four boxers earn at least P1,000 depending on the volume of vegetables they load for Manila-bound trucks.

“They make P350 to P1,100 a day by filling up Manila-bound trucks with vegetables,” said Santig of his four remaining boxers, who now calls his gym home.

“Since there are no fights since March, our boxers, who are still with me, need to make a living,” said Santig. The four leave the gym early morning and come back around five in the afternoon to call it a day.

Santig returned home to the valley in August after he gave up his apartment in Manila to reduce expenses with the continued lockdown. He has since then closed his Manila gym. Santig also maintains a gym in Bangkok, Thailand, where his family resides.

The Highland top honcho has practically adopted the four boxers since the coronavirus disease (Covid-19) pandemic in March.

“I had to ask all my boxers to go home. I had them plane to the Visayas or Mindanao before the enhanced community quarantine was declared in Luzon. Kahit mahal ang ticket, pikit-mata na lang, kesa ma-stuck sila dito,” Santig said.

From the 28 he used to house at his four-story residence-turned-gym-turned-office, only four boxers remain. Former kickboxing trainer Manny Sanidad was one of his in-house trainers prior to the latter’s demise in October due to stroke.

“I do hope that there will be a second round of help from the Singwangcha Foundation. That could help our boxers and also other fighters [Muay Thai, kickboxing],” added Santig, who in September distributed groceries to fighters rendered jobless due to the pandemic, courtesy of the foundation.

Santig had a good year in 2019 when he was able to use the Manila Arena for his two consecutive International Title fights and the Philippine Amusement Games Corporation, the Games and Amusement Board and Naris Singwangcha as sponsor.

He was also able to send Gomera to Ireland to fight Burnett, who earlier lost to Nonito Donaire in the World Series.

He was also named 2019’s top promoter by WBC Asia.