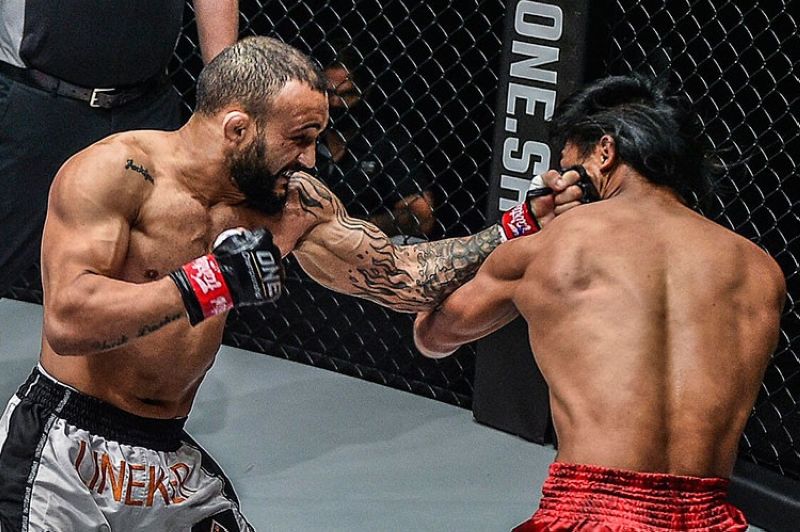 HANDS OF STONE. John Lineker’s recent knockout of Kevin Belingon shoots him on top of One Championship’s bantamweight rankings. (ONE photo)

WITH a second round technical knockout of Kevin Belingon, John Lineker of Brazil shoot up to the top of the bantamweight rankings in One Championship, earning himself a shot at Bibiano Fernades’ title.

Lineker of Brazil scored a massive victory over former #1 contender Belingon at ONE: Inside the Matrix III on November 13 to take the top spot at bantamweight.

“Being ranked number one makes me feel like a champion, but I am still not the owner of the belt. It feels great but my work isn’t finished. I won’t stop until I have that belt. I am coming for Bibiano Fernandes. That fight is what interests me. I will work hard and you can expect to see me victorious. If it is God’s plan, I will very soon be the ONE World Champion,” said Lineker.

Team Lakay’s Belingon, on the other hand, fell to the #3 position, behind Japan's Shoko Sato.

Despite the drop in the rankings, coach Mark Sangiao, in a Facebook post said Belingon’s goal remains the same, to reclaim the world title anew.

Over at lightweight, Russian powerhouse Timofey Nastyukhin and Japanese legend Shinya Aoki both move up a notch to claim the #3 and #4 spots respectively, while former ranked athlete Pieter Buist exits the Top 5.

Undefeated Lowen Tynanes of the United States enters the lightweight rankings at the #5 position.