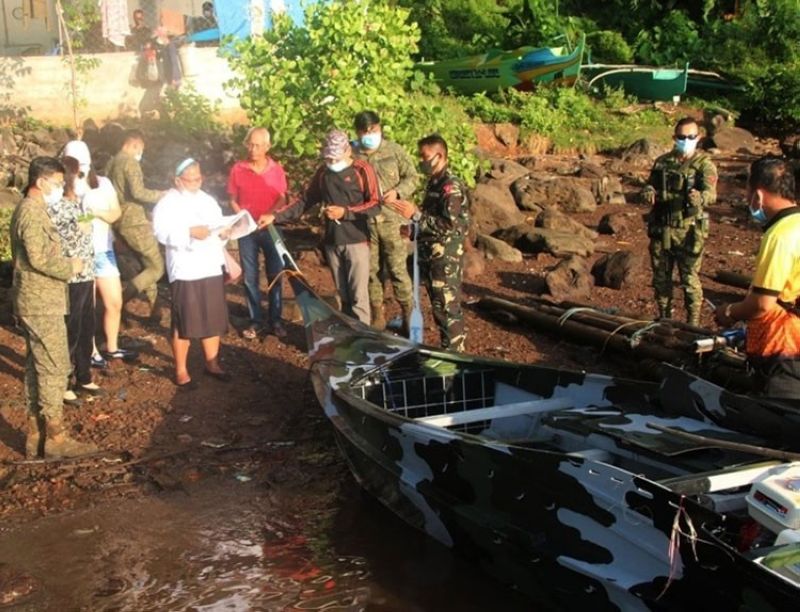 ZAMBOANGA. The Municipal Government of Vincenzo Sagun, Zamboanga del Sur, donates Thursday, December 10, a three-engine motorboat to the Army's 53rd Infantry Battalion to boost the coastal patrol capability of the unit. A photo handout shows a nun leads the blessing of the donated motorboat at the Liangan port in Vincenzo Sagun town. (SunStar Zamboanga)

THE Municipal Government of Vincenzo Sagun, Zamboanga del Sur has donated a high-speed motorboat to boost the coastal security operations of the Army's 53rd Infantry Battalion (IB) in the province.

The donation of the triple-engine boat is in line with Vicenzo Sagun's continuous and relentless support to coastal security operations conducted by the 53IB along the coastal municipalities of Zamboanga del Sur.

The 1st Infantry Division said the new triple-engine boat will help sustain the 53IB's efforts in Development Support and Security Operations (DSSO) in its area of responsibility.

The Army Division said it will significantly enhance the coastal security posture along the coastal municipalities of Zamboanga del Sur province.

The donation of the speed boat is also to support the conduct of Law Enforcement and Support Operations (Leso) in the territorial waters of the province.

Vincenzo Sagun is one of the coastal municipalities in Zamboanga del Sur. It is a fifth-class town comprising of 14 barangay with 23,759 population of the 2015 census. (SunStar Zamboanga)