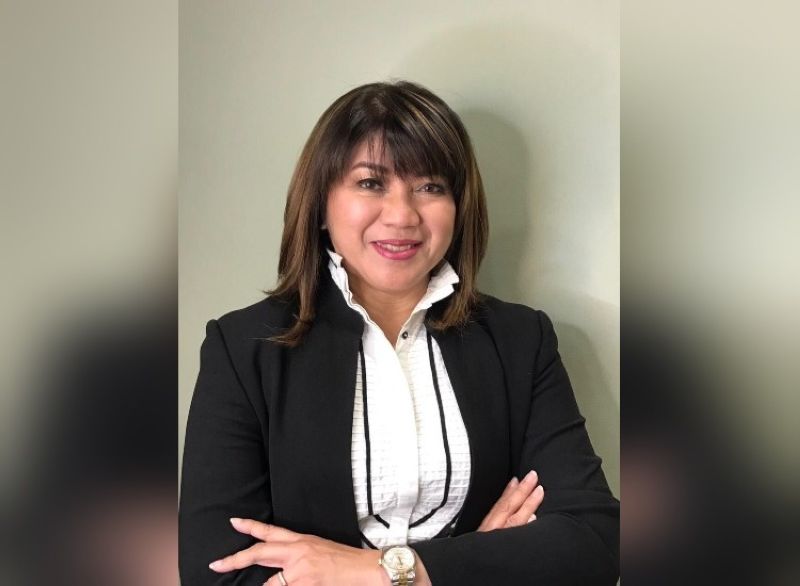 IF YOU consider yourself always updated on developments in the investment and banking space in the country, you might have heard of Tonik Digital Bank, Inc. earlier this year.

Tonik Bank (launched in beta mode in November 2020 and set to have its commercial launch in the first quarter of 2021), is the first all-digital bank in the Philippines and in Southeast Asia. It was established by Tonik Financial Pte. Ltd. Singapore, a financial technology company.

Heading the operations here in the Philippines is Maria Lourdes Jocelyn “Long” Pineda, a Dabawenya who graduated with a degree in Business Administration from the Ateneo de Davao University (AdDU).

Long’s parents were well-known figures in the Davao City landscape – her father, Mariano S. Solis Sr., used to be the chief of police of Davao City during the administration of the late mayor (later congressman) Elias B. Lopez; her mother, Lourdes Cura-Solis, was known for her philanthropy and was a Datu Bago Awardee of Davao City, a University of Santo Tomas Golden Awardee and the founder of Davao Boys Town.

Before joining Tonik, Pineda had over 25 years of financial inclusion experience in the Philippines and in different global emerging markets in Asia and Latin America.

After graduating from AdDU, she took her Masters in Business Administration from the University of the Philippines Diliman.

Pineda started her career in an investment bank and later moved to working with a government agency involved in grassroots lending during the time of former president Ferdinand Marcos until the year of the Edsa revolution. After the Edsa revolution, she went into entrepreneurship and established a gym along Ilustre Street, just on the floor above the then Garmon Theater.

Her Slim & Trim ran successfully from 1986 to 2000. Many didn’t know this about her, but in those years, she wasn’t just an entrepreneur owning a gym in Davao City, she was also a licensed gym instructor and a powerlifter.

In those 15 years, Pineda was also an active member of Datba (Davao All-Terrain Bikers Association), a group of mountain bike aficionados in Davao City. She was their first female member.

While managing Slim & Trim and being physically active, she also had Japanese takeout counters in several malls in the city.

It seems like banking wouldn’t let go of Pineda that easily. Their family then owned a rural bank in Davao del Norte and she was asked to assist its operations as compliance officer. Her daily schedule would start with a 7 a.m aerobics class at Slim & Trim, travel to Davao del Norte to oversee the bank’s operations, and then head back to Davao City for a 6 p.m. aerobics class again.

After a hiatus from the corporate world, she was invited to join the Microenterprise Access to Banking Services (Mabs), a USAid-supported microfinance program as a regional manager for Visayas. This was when her banking career started to blossom yet again as after her stint with Mabs, she was then hired as senior director by Boston-based Accion International. Here, she helped set up the microfinance individual lending operations of Accion partners in India where she was based for two years.

It was while she was based in India that the Rizal Commercial Banking Corporation (RCBC) invited her to come back to the Philippines to set up RCBC’s microfinance operation. This is when she decided to come back home.

“Filipinos should give back to the country. I thought it’s time to introduce to the Philippine banking space the technology on microfinance I have learned from working with Accion in India and Latin America,” Pineda said.

She joined RCBC as senior vice president spearheading the unibank’s microfinance initiative. She was initially seconded as the chief executive officer of the President Jose P. Laurel Rural Bank in Batangas (a rural bank that RCBC had acquired), while at the same time doing the initial groundwork for setting up Rizal Microbank, the microfinance thrift bank of RCBC.

It was around this time that she also decided to take an executive course on Strategic leadership on microfinance at the Harvard Business School in Boston, USA.

“MBA is good in your 20s when you are building up your career, but when you’re older, it’s better to take executive courses to enhance one's skill set,” she said.

At RCBC, she headed the bank’s microfinance initiative. She was also the founding president of Rizal Microbank, the banking subsidiary of RCBC that focused on microfinance and financial inclusion. She steered Rizal Microbank until her retirement in 2016.

After these banking years, she decided to go home to Davao City and focus on something else she loved best and to take a pause from banking.

Microfinance and financial inclusion, however, remained something she was passionate about, thus, she went into independent consulting and continued to provide her technical skills to various institutions wanting to contribute to financial inclusion in the country.

She became the lead independent director of BDO Network Bank, a Go Negosyo mentor, and an international consultant for MicroKonsult before accepting the post of president and country manager for Tonik Digital Bank, Inc.

In all those years in the banking industry, Pineda didn’t seem to mind working in an environment that was largely dominated by men.

“I deal with my colleagues as an executive, not as a woman. I also find it easier to deal with men because they’re more straightforward than women. Women tend to sugarcoat so they don’t hurt your feelings, but with guys, they usually say what they think so it’s really simple,” said Pineda, who added that her mountain biking days surrounded by male friends also helped.

Heading an all-digital bank is not easy and required a lot of tech skills upgrade for Pineda, but her three banker daughters, the youngest being 25 years old, helped her a lot. She is also married to a banker.

“I like that at Tonik, I am surrounded by young people. The average age in the office is 27 years old. With young people, it’s easy to think out of the box and that, for me, is interesting. I am forced to be techy and to keep up with the times,” she said.