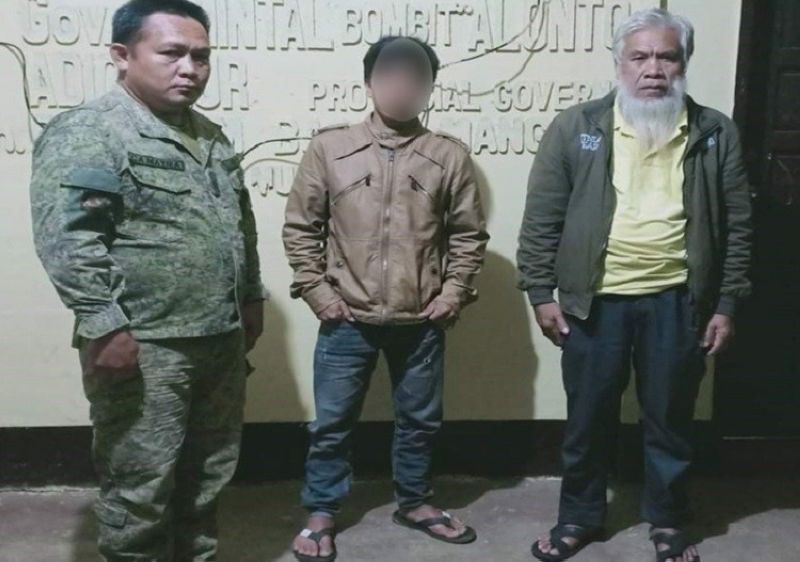 ZAMBOANGA. Three supporters of the Dawlah Islamiya voluntarily surrender to government authorities Friday, December 11, in the province of Lanao del Sur. A photo handout shows one of the three surrenderers joining a photo session with military and government officials after surrender. (SunStar Zamboanga)

THREE supporters of the Dawlah Islamiya voluntarily surrendered to government authorities in the province of Lanao del Sur, officials said.

The surrender of the three was made possible through the continuous effort of the Community Support Program in Preventing and Countering Violent Extremism Team led by Second Lieutenant Aldrin Lababit.

The names of the three were withheld for security reasons.

Cuerpo said they revealed that they decided to voluntarily submit and clear their names for fear of demise, knowing the stern orders from the President Rodrigo Duterte to quell all violent extremist activities in order for the government programs to have continuity of implementation.

Seeing these programs, Cuerpo said the surrenderers gained self-realization that violent extremism is totally wrong, especially that the true teachings of Islam is peace and cooperation.

Cuerpo reiterated his call to the remaining members and supporters of the Isis-inspired Dawlah Islamiya group to surrender to achieve lasting peace in Lanao del Sur.

He further affirmed that the government has programs for former violent extremists, who chose to lay down their arms and return to the folds of the law.

Major General Generoso Ponio, commander of the 1st Infantry Division, lauded the troops for their efforts contributory to the overall accomplishment of the division’s mission. (SunStar Zamboanga)