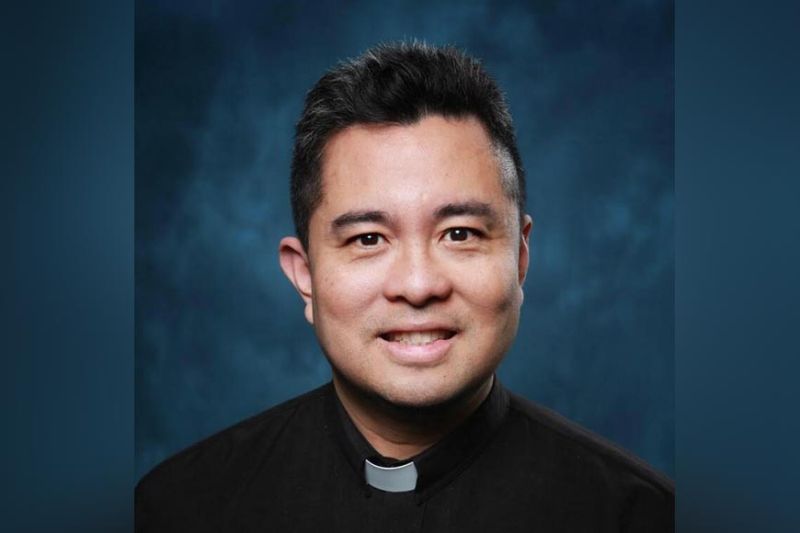 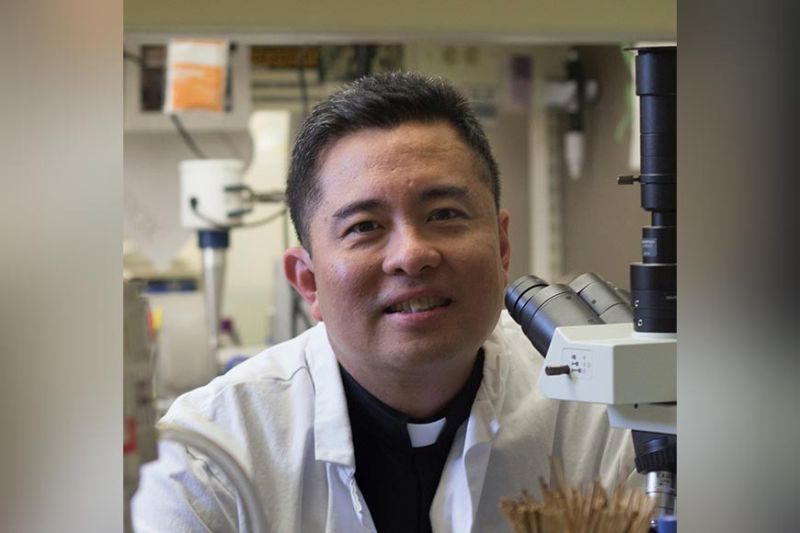 AS SCIENTISTS and pharmaceutical companies in rich countries around the world are racing for the development and application of vaccine against the killer coronavirus disease (Covid-19), a Filipino Dominican priest-microbiologist based in the United States has also decided to make a vaccine that will be affordable and accessible to other middle to low income countries, including the Philippines.

“I thought about developing this vaccine when I realized that many of the available vaccines being manufactured today have already been promised to resource-rich countries,” said Father Nicanor Austriaco, chief researcher at Austriaco Laboratory.

Austriaco, who is associate professor of biology and theology at Providence College in Providence, Rhode Island, USA, said his proposal is to create an oral Covid-19 vaccine using a probiotic yeast.

“It is a crazy idea but it has to be tested in the small chance that it would work. I decided to do this for the well-being of the Filipino people,” Austriaco told Sunstar Philippines in an interview.

He said his project, dubbed “Project Pag-asa (Hope),” is in its “early stages of development.”

Austriaco, who is a dual citizen, maintained that the earliest stages of his project “is not expensive.”

“It is still in its preclinical stage of development and it will have to be tested in animal models before we can even talk about human volunteers,” said the Dominican microbiologist.

According to the priest-scientist, a yeast-based system would not need refrigeration nor injections nor healthcare workers.

“For now, I have adequate funding to complete the necessary experiments to make the yeast vaccine delivery system and to do animal testing,” Austriaco said.

“There is no need for me to approach any government agencies at this time because this is still a lab-based project. I would only have to seek government approval if the vaccine delivery system works in animals. We will not know this for many months,” he added.

In a report from Catholic news site Licas.news, Austriaco said he and his colleagues will be doing the experiments in his laboratory in the United States.

The animal testing will be done in a laboratory at the University of Sto. Tomas (UST) in Manila.

“We will do it as quickly as possible without sacrificing the rigor and excellence that science demands,” said Austriaco, who is currently on sabbatical as a visiting professor of biological sciences at UST.

Austriaco will be in the country until August 2021.

The Philippine government is eyeing to inoculate about 50 to 60 percent of the country's estimated 110 million population starting mid-2021 to achieve herd immunity from the coronavirus.

Vaccine companies to be evaluated in the country include Sinovac, Gamaleya, AstraZeneca, Sinopharm, Johnson & Johnson, and Pfizer-BioNTech, among others.

Most of the vaccines from the said companies reportedly require ultra-cold storage facilities.

He later obtained his doctorate in biology from the renowned Massachusetts Institute of Technology, where he was a fellow of the Howard Hughes Medical Institute.

In 1997, a deeper conversion with the Lord led him to join the Order of Friars Preachers, popularly known as the Dominicans.

He attended the Pontifical Faculty of the Immaculate Conception at the Dominican House of Studies in Washington, DC, where he earned his Master of Divinity and Licentiate in theology.

He also earned his doctorate in sacred theology from the University of Fribourg in Switzerland.

Father Austriaco worked as an investigator for the Rhode Island-IDeA Network of Biomedical Research Excellence Program funded by the National Institutes of Health (NIH), a scientific advisor at the National Catholic Bioethics Center, and an ethics consultant for St. Joseph Health Services of Rhode Island.

“Father Austriaco has intellectual interests both in molecular and cellular genetics and in moral theology. His laboratory at Providence College is investigating the genetics of programmed cell death using yeasts as model organisms,” read Austriaco’s profile on Catholic.com.

Father Austriaco’s NIH-funded research laboratory at Providence College is investigating the genetics of programmed cell death using the yeasts, Saccharomyces cerevisiae and Candida albicans, as model organisms, according to the Office of the Chaplains and Religious Life at the Brown University in Providence.

His areas of expertise include Biology of cancer, aging, and programmed cell death, health care ethics and bioethics in the Catholic tradition, philosophical and theological implications of modern evolutionary theory.

Austriaco’s first book, Biomedicine and Beatitude: An Introduction to Catholic Bioethics, was recognized as a 2012 Choice outstanding academic title by the Association of College and Research Libraries.

His research works have also been published in a number of scientific journals. (SunStar Philippines)