Newsstands in Baguio given 6 months 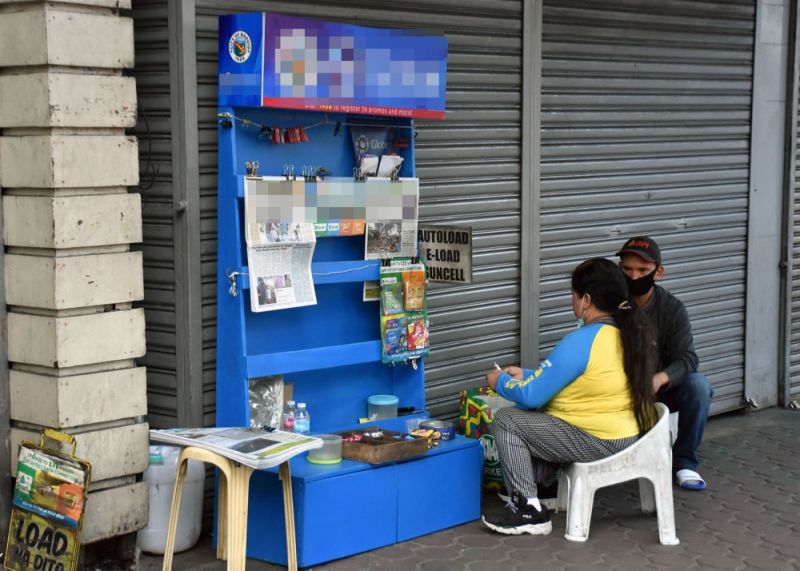 HARD HIT. Newspaper vendors are among the hard hit during the Covid-19 pandemic as they grapple to look for other means of livelihood with the City Government's pending plan to remove them from the sidewalks. (Redjie Melvic Cawis)

THE call for freedom of information has been heard... with conditions from City Hall.

In a meeting with newsstand vendors and owners on Tuesday morning, December 15, City Hall officials agreed to give vendors six months to operate their street side stalls.

Attending the meeting were journalists, publishers and general managers of newspaper organizations who have all cried foul over the move to evict the newspaper vendors of their stalls in a bid to assert their importance to the information chain.

Based on the conditions set by city officials, vendors are given until July 1, 2021 to relocate and follow the plan of a .60-meter setback inside an establishment so customers should not be standing on the sidewalk.

All newspaper and watch repair stands are allowed to operate until December 31, 2020 in their respective present locations but with updated business permits.

Those located on narrow sidewalks will be relocated by January 2021.

Baguio City's Permits and Licensing Division (PLD), Planning and Development Office (PDO), Public Order and Safety Division (POSD), and the City Treasury Office (CTO) were asked to come up with appropriate relocation sites and notify the affected vendors, while the Management Information technology Division (MITD) will help in coming up with a geo-location of these vendors or services.

Only small amount of candies, face mask, face shield are allowed until December 31, while items sold other than those allowed items will be confiscated.

Vendors are also asked to refrain from extending their area of 1 x .50 meters and will be closely monitored by the POSD.

Last week, the Baguio Correspondents and Broadcasters Club Inc. (BCBC), the largest and longest running media organization north of Manila, released a statement on the moves of the local government to rid the streets of newsstands with all local weekly newspapers and SunStar Baguio, the only daily newspaper in the city, coming out with a common editorial slamming the move.

Aldwin Quitasol, president of the BCBC, said in a statement that newspaper vendors are messengers of information and implored not to make their lives more miserable.

Quitasol added, "like journalists who struggle to make a living, small newsstand vendors stay on the streets everyday selling. These vendors get daily income from commissions depending on how many newspapers they sell. As responsible citizens, they pay the government permits, pooling money from their meager income."

The publication owners and media were encouraged by the city to share responsibility in organizing these vendors into a cooperative and making favorable arrangement with building owners.