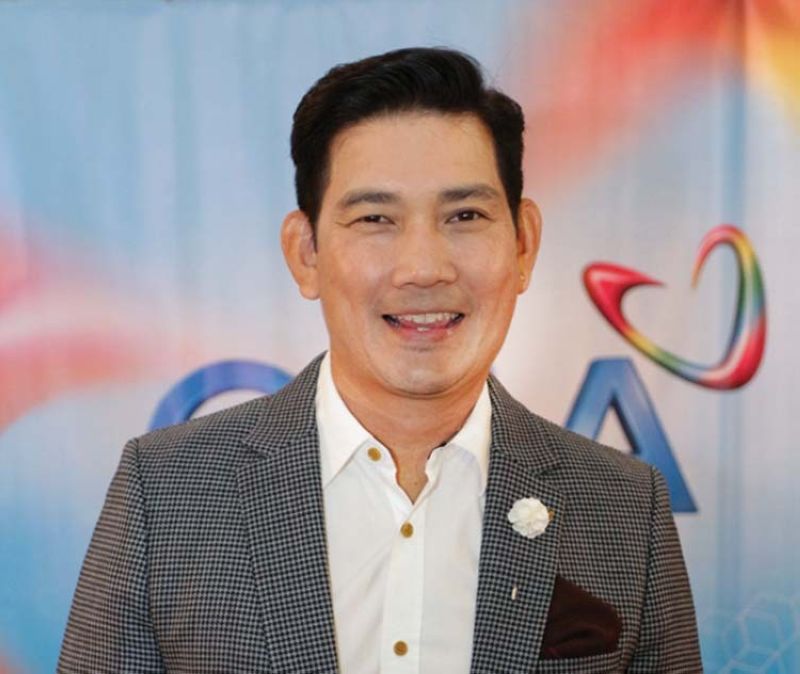 Yap expressed his gratitude for the warm welcome: “I’m actually quite overwhelmed as I never thought this would come about. Now that it’s finally here, I am just so happy and so thankful to become a part of the Kapuso family.”

He also teased his fans for a much-anticipated comeback on TV. As he begins his Kapuso journey, he will be starring in an episode of the well-loved comedy anthology “Dear Uge Presents,” in the late-night comedy-variety program “The Boobay and Tekla Show” soon. He is also set to top-bill an upcoming primetime series next year.

He also promised the audience that they can expect a lot from him in his new home: “Expect the unexpected? I guess you can expect me to try and experiment into other genres other than the ones that I’ve done before.”

During the contract signing, GMA senior vice president for entertainment group Lilybeth G. Rasonable was happy to share the news about the newest Kapuso.

“Of course, we’re very happy. Ten days before Christmas, we have something really nice to impart to our viewers that we have a new member of the Kapuso family with GMA Artist Center. Next year, you can expect him to be on primetime. We’re already cooking up a soap opera for him with our Kapuso artists.”

Meanwhile, GMAAC assistant vice president and head for talent imaging and marketing unit Simoun Ferrer was delighted to welcome the actor to GMAAC and plans to further flourish the actor’s career in the network.

“We are indeed thrilled to have Richard join our roster of talents as we’re very aware of what he’s capable of as an actor. It excites us to see his versatility in future shows.” / PR