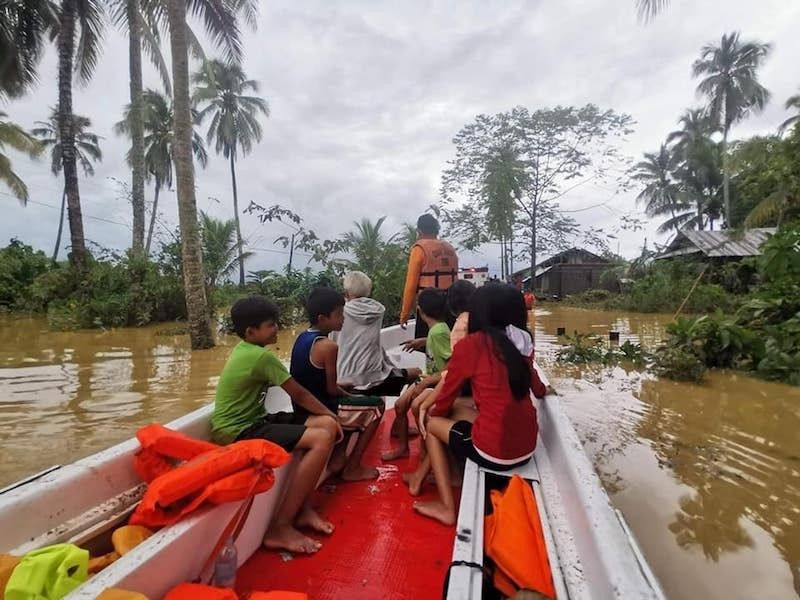 Two fatalities were from Eastern Visayas (Region 8) while five were from Caraga (Region 13).

The PNP said one individual from Eastern Visayas was injured while two people from Davao region and Caraga were reported missing.

“Lahat po ng calamities dito sa’min ay year-round po namin pinaghahandaan (We prepared for calamities all year round). The kind of rain we had the other day was quite strong, very heavy, naka-red warning na po kami (we were on red warning),” Cane said in a radio interview.

As of Sunday morning, the NDRRMC situational report showed that 1,590 families or 6,702 individuals in 57 barangays were affected by flooding and landslides caused by the tropical depression.

The disaster bureau also said 62 houses were wrecked while 21 were damaged in Cebu.

The NDRRMC said damage to infrastructure in Caraga was estimated at P105.4 million.

The Philippine Atmospheric, Geophysical and Astronomical Services Administration has lifted all tropical cyclone warning signals in the affected areas.

Tropical depression Vicky was expected to exit the Philippine Area of Responsibility by Sunday afternoon or night.

Pagasa said one more weather system may hit the country before the year ends, although not during Christmas.

In Cebu, the Lapu-Lapu City Social Welfare Development (CSWD) wants to give financial assistance to families whose houses and fishing boats were either destroyed (P10,000 each) or damaged (P5,000) by big waves during the storm.

A total of 148 families in three sitios in Barangay Ibo had to be evacuated on Saturday, Dec. 19.

CSWD head Annabeth Cuizon said they will submit their proposal to Mayor Junard Chan and the City Council for approval.

Cuizon and some members of her staff visited Olango Island on Saturday, where they distributed food packs and packed meals to affected families.

A total of 16 fishing boats were also destroyed in Barangay Talima and nine in Barangay Caw-oy.

The waves also damaged five houses in Talima and two houses in Caw-oy.

Of the 148 families who were evacuated in Barangay Ibo, only 105 remain in the evacuation center. (TPM / SunStar Philippines / KFD )