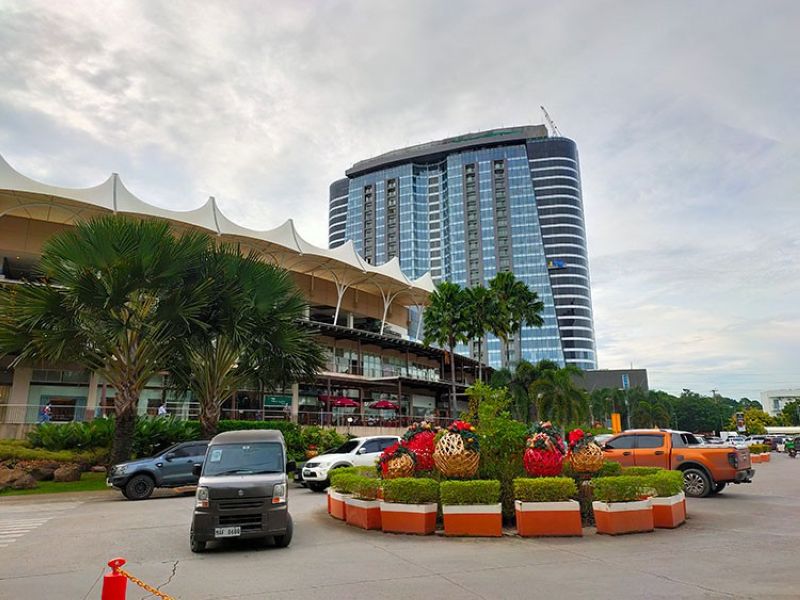 OPTIMISTIC. The business community is optimistic that the local economy will bounce back in 2021 as the economy gradually reopens. (RJ Lumawag) 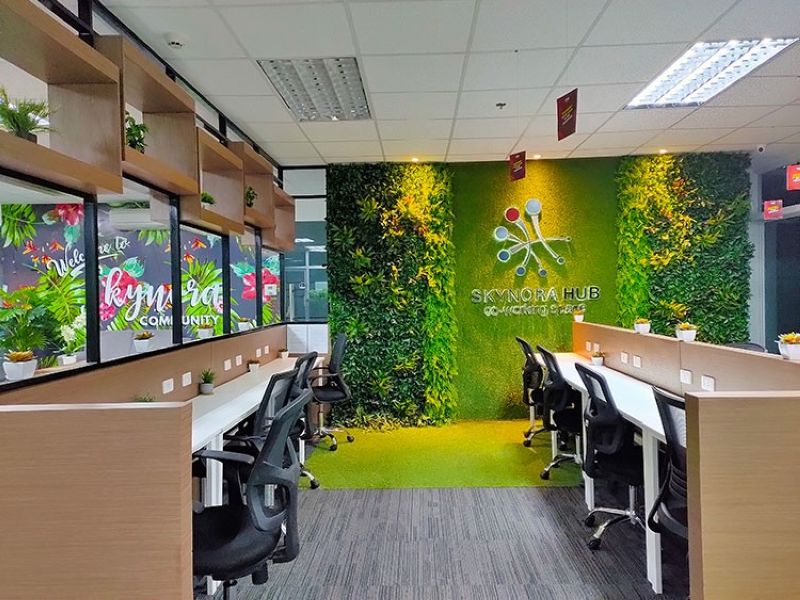 FLEXIBILITY. The current work-from-home setup has led to companies employing the hub-and-spoke model, which looks at having different offices in different geographies to serve as spokes or satellite offices. Prime Philippines sees this as among the opportunities in the real estate sectors. (RJ Lumawag) 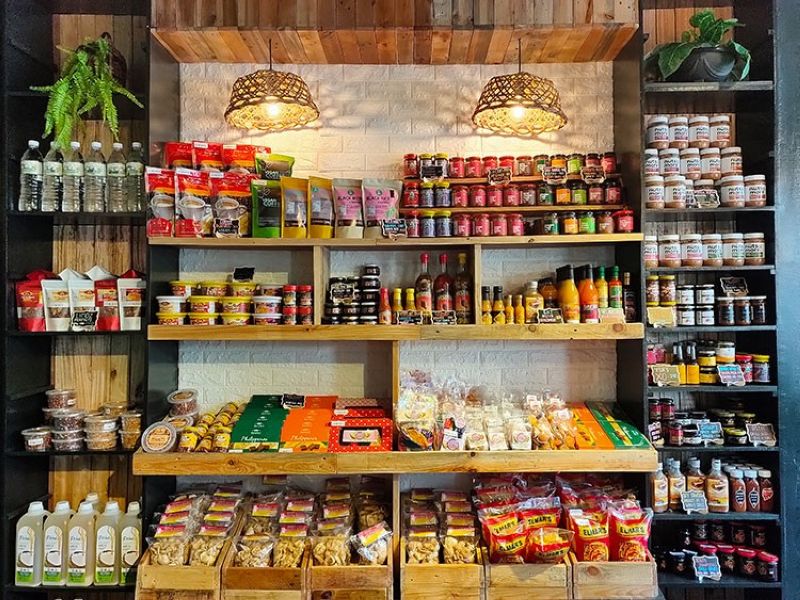 CONSISTENT. To help the local economy, Davao City Mayor Sara Duterte-Carpio said they will be more consistent with the local regulations to avoid instances when businesses have to close and reopen. If businesses keep on closing and reopening, this would not be good for them. (RJ Lumawag)

THE year 2020 has been rough for everyone. The Covid-19 pandemic has not only put our health at risk but it has also nearly caused the economy to collapse due to movement restrictions and the lockdowns early this year. However, as the economy gradually reopens and the availability of vaccine next year, the business community are starting to see a brighter 2021.

Bangko Sentral ng Pilipinas governor Benjamin Diokno said during an interview CNBC's "Squawk Box Asia" in November that the Philippine economy is forecast to grow between 6.5 percent to 7.5 percent in 2021.

This optimism towards the Philippine economy in 2021 is also reflected in the local scene.

Tria said some of the growth drivers in the region will be its fruit exports. Davao Region is a known exporter of a variety of agricultural products like banana, coconut, cacao, durian, and livestock, among others.

On December 18, 2020, the Department of Agriculture-Davao Region (DA-Davao) and the City Government of Davao inked a Memorandum of Agreement (MOA) for the implementation of P113 million agricultural projects in Davao City.

"This package of support will not just help our farmers market their produce but further help in advancing the agribusiness in the city towards a sustainable and inclusive agricultural enterprise," Davao City Mayor Sara Z. Duterte-Carpio said in a statement.

Tria said the demand for "food will continue over the next years as demand for healthy food will rise."

It can be noted that while the services and industries sector contracted due to the pandemic, the agricultural sector saw a slight growth.

"With the rise in food demand comes improvements in food logistics that will help many of our local producers," he said.

Tria added infrastructure developments will also contribute to the recovery of the local economy. Among the big-ticket infrastructure projects in the pipeline are the Mindanao Railway Project, Davao City Bypass Road, Davao City Coastal Road, and the Davao-Samal Bridge.

"I am also expecting the ICT sector to contribute to the overall growth as the demand for service in the digital economy will increase. These will drive demand and growth for other business sectors like commercial, service and property sectors," Tria said.

"The resilience of the industrial sector amidst the pandemic is nationwide, with opportunities abound in Davao. As a producer of agricultural products and as one of the Metros of the Philippines, industrial space demand remains high," Mina said.

He said amid the pandemic they were facilitating various transactions for industrial warehouses and they see demand to continue even beyond the pandemic.

Mina said they are seeing manufacturing and processing potential within the city, especially for agro-industrial.

"Davao City still has few industrial parks, which will not only bring in foreign investment but will also provide employment opportunities to the city," Mina said.

"I think there will be a keen interest in local ICT companies and startups making IT products and encouraging local manufacturing of various goods which is why I am encouraging many manufacturers to look at various industrial zones and mixed-use property developments in the region and in Mindanao just like what we did during our hosting of this year's Mindanao Business Conference," Tria said.

As employees work-from-home there is also the opportunity to develop flexible workspaces.

"Decentralization is imminent as the public sector is already moving towards this, with the private sector beginning to see the value of geographical diversity in their portfolios. As employees have experienced work from home and see it as doable, companies are having difficulty bringing them back to report to the office," Mina said.

He said this has led to companies employing the hub-and-spoke model, which looks at having different offices in different geographies to serve as spokes or satellite offices.

"Flexible workspace operators and office building owners are positioned to receive such demand. Davao City currently has a BPO-driven office market and looks to attract more BPOs and KPO companies as multinational companies now look to cut costs through outsourcing various functions, including admin and other backend functions," Mina said.

While there is an optimistic outlook for 2020, challenges remain.

Tria said innovation will be both a challenge and opportunity for the local economy in Davao Region and Davao City.

"Innovation is both a challenge and an opportunity to strengthen business practices and to find new markets for products. A good number have begun innovations, and there is a need to ramp up innovation among more businesses and get more into the digital economy," Tria said.

He added that it will be the digital economy that will push "innovation in marketing."

"With our online Davao Agri Trade Expo and efforts through our Buy Local Campaign, we are working with the local and national government agencies to help many businesses take advantage of digital marketing opportunities," Tria said.

He added, "I think the challenge and opportunity come with entering the digital economy and partaking in new trade and business opportunities especially with the country's new trade agreements in the Asia Pacific and the potentials in the BIMP-Eaga (Brunei Darussalam-Indonesia-Malaysia-Philippines East Asean Growth Area) subregion.

Meanwhile, as part of its economic recovery plan in 2021, the City Government of Davao is hoping to be more consistent with its local regulations.

"Gusto nato is consistent ang regulations sa atoang City Government. Dili siya mag bag-o bag-o because kanang pag abri, sarado, mao na siya ang disastrours para sa mga negosyante (We want to be more consistent in our regulations at the city government. We want to avoid making too many adjustments that would keep opening and closing our local businesses, which is not healthy for them)," Duterte-Carpio said.

She added that the City Government does not want to go into enhanced community quarantine (ECQ) or modified ECQ.

She said "the best direction to pursue" is to manage cases. Recently, the city has been ramping up its contact tracing, testing, and isolation efforts to contain the spread of Covid-19 in the city.

Duterte-Carpio said the financial assistance given to individuals affected by the Covid-19 pandemic will help increase consumer spending in the city.

She also said the City Council has also passed local ordinances reducing or waiving certain fees to help local businesses in the city.

"Dabawenos are very resilient and the city is still well-positioned to bounce back. The city has already experienced past challenges and will push forward in the challenges faced in this new normal," Mina said.