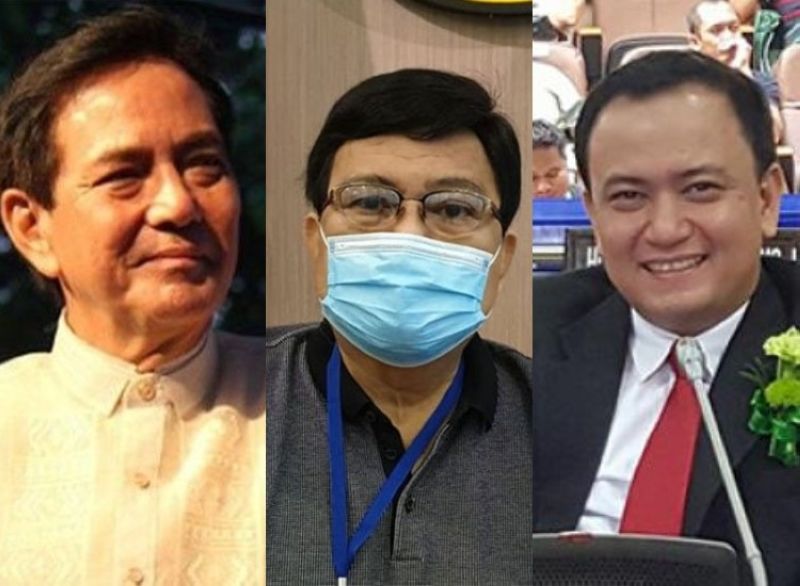 CEBU City Vice Mayor Mike Rama first mentioned the denial in his privileged speech, explaining the changes in his position on the 2021 budget, Wednesday morning, December 23.

Mike said it was not true that the mayor was in ICU or intensive care unit of a hospital.

Later, during a discussion of the committee report on the budget, while Mike was presiding, he mentioned again that the mayor was not in ICU.

The denials were cryptic and less informative than a news headline.

But, coming from the vice mayor -- who is not exactly a blind supporter of Mayor Labella and occasionally erupts in criticisms of the mayor’s handling of the city—Mike’s assurance of the chief executive’s good health, even if he is a lawyer and not a doctor, sounded a bit more credible than a self-serving statement from the patient.

Labella himself, an hour or so after Atty. Mike’s medical bulletin on his condition, said he had to return to the hospital for regular checkups because of a surgery for removal of his gall bladder last September.

“Normal naman na kay senior citizen naman ta,” the mayor told CDN Digital. He denied though that he was hospitalized again for other ailments. News reports didn’t say when and where he last checked in and for how long.

VM RAMA didn’t get all his conditions for approval of Cebu City’s P10.83-billion general appropriation for 2021.

It was not clear if the City Council found satisfactory the liquidation of the P3.5-billion lump sum outlays for “anti-Covid response” entrusted to the mayor. Nothing has been heard since the councilors’ noise over alleged lack of transparency in the spending.

On Mike Rama’s stout position that the balance of the proceeds of the sale of South Road Properties lots should not be touched (“dili ko mosugot”), the sourcing of funds for next year’s budget will include P3 billion from SRP money. Rama apparently accepted the compromise that the SRP loan would eventually be paid, starting with a supplemental budget next year.

What stands out though as big success for Rama – with the huge help and epic work of Councilor Raymond Garcia, chairman of the committee on budget and finance – was that the City Council approved the budget without dividing the house.

The budget emerged as a bipartisan piece of legislation with the minority BOPK working with majority Barug to thresh out objections.

VM Rama had been prodding the City Council to become “fiscalizers, not rubber stamps,” and to tear down the partisan wall between the two blocs.

His success in the first condition is still to be ascertained, depending on what a closer look of the changes on the budget will disclose. But his success in the second seemed clear. The councilors from both sides were cheering when they adjourned in their last session for the year.

TO SELL the budget to the City Council and the public, VM Rama and Councilor Garcia used euphemisms. Mike Rama kept repeating the word “rationalized” to describe the budget. Kons Raymond used “optimized”: “an optimized budget.”

When the vice mayor started shooting down the word “slice” or “slash,” which a councilor used, a City Hall watcher commented: “Look where the wind is now blowing.” Soon the word “rationalizing” took the place of “slicing” and “slashing.”

IN ONE of his pep talks to the councilors, VM Rama said what they decide at the City Council is “all right, as long as you can defend it at Plaza Independencia,” adding as an afterthought two other plazas in Cebu City: “Plaza Sugbo and Freedom Park.”

Mike Rama was alluding to the famous quote of then-president Ramon Magsaysay (term: December 30, 1953-March 17, 1957) who when taking a position on a controversial issue or policy would ask, “Can we defend it in Plaza Miranda?”

A public square at the heart of Quiapo in Manila, less than a kilometer from Malacanang, Plaza Miranda had seen demonstrations and meetings of political parties from the fifties to the seventies. The bombing of a Liberal Party rally in Plaza Miranda on August 21, 1971, killed two and wounded a dozen people when the grenade, directed at the stage, landed on some of the audience instead.

The advice must be taken figuratively, as none of the three places mentioned by VM Mike has been used in recent years as forum for public expression or protest. It simply means, Can we defend it before the public?