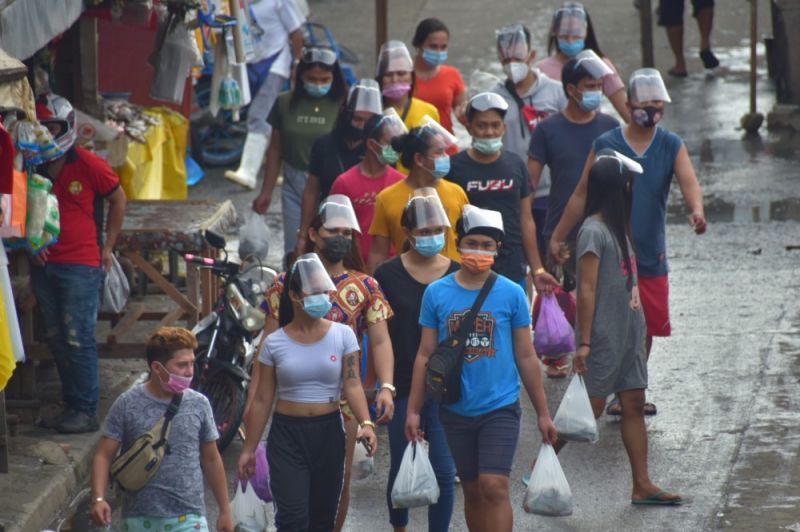 THE improvement of Davao City's Covid-19 facilities resulted in the higher recovery rate in the city, which is now at 78-percent, a high ranking city health official reported.

Lopez said based on their two-week data, the city's recovery rate has improved since December, which helped lower the city's active cases.

The health official noted a decrease in active cases starting December after it had reached its peak of around 2,500 active cases somewhere around mid-November.

However, Lopez said this is still lower compared to the national recovery rate, which is at around 90-percent.

But he said this is an improvement from the average 60 to 69-percent recovery rate in mid-October, the period when Covid-19 cases in the city were spiking.

The health official attributed the improvement of the city's Covid-19 case due to the city expanding its temporary treatment and monitoring facilities (TTMF) for asymptomatic and mild cases, which is the bulk of the city’s active cases.

Lopez said the city 19 TTMFs are still sufficient to cater to the Covid-19 patients in the city.

"Tungod ani atong enough nga TTMFs, we were able to maximize the quarantining or isolation of our confirmed cases of asymptomatic and mild," he said.

He added that the Southern Philippines Medical Center (SPMC), which has a capacity of almost 400 Covid-19 beds, still has enough bed capacity.

The mandatory 20-percent bed capacity for 19 private hospitals in the city had also helped in relieving SPMC. However, he said not all hospitals had met the required bed capacity.

Lopez had previously reported that the case morbidity rate of Davao City had also reduced.

Lopez said comparing the two-week morbidity rate from the third and fourth week of November to the present week, there was a decrease.

In the past two weeks, the city recorded around 600 to 700 new Covid-19 cases. He said they already observed a 50-percent decrease compared to the current Covid-19 data.

Despite the improving case situation, he said this is no room for complacency as they are anticipating the case surge at the start of 2021, which can be attributed to the Holiday season.

Based on the Octa Research Group's ranking of cities and municipalities with the highest number of new cases per day, Davao City's ranking had dropped from being the top on the list to the second spot.

The city's attack rate is at 4.4 percent and hospital occupancy is at 64 percent.

The Octa Research had recently identified Davao City as one of the local government units as "high risk" for the period December 1 to 7, as increased mobility led to a rise in Covid-19 cases as well as high hospital occupancy.

The group recommended effective and stricter border controls to mitigate coronavirus transmissions within and between provinces.

"Together with more effective screening and other controls in our ports and airports, this will be crucial to supporting the governments plans to expand domestic as well international travel in the country,” Octa Research said.

The group also urge national and local governments to be consistent in their messaging and to strictly monitor and enforce compliance with minimum health standards such as physical distancing, the wearing of face mask and face shields and proper hygiene, and discourage large gatherings to reverse the increase in transmissions at the community level.

It also urged the public to be safe and responsible this Christmas in order not to transmit the virus within the communities.

“During this new normal Christmas, we must all continue our vigilance and be mindful, never to be complacent and overconfident as the virus is still here and is very much a clear and present danger to us all,” the Octa group said.