Air passengers told to verify where they get Covid-19 tests 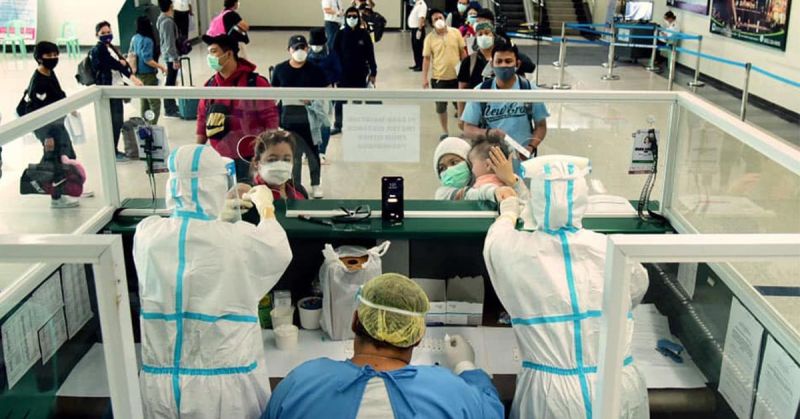 THE City Government of Davao Airport Health Monitoring Team urged air passengers to be careful where they get their reverse transcription-polymerase chain reaction (RT-PCR) tests at their point of origin after some passengers were reportedly scammed.

This comes after the Airport Health Monitoring apprehended a total of 21 persons for presenting tampered RT-PCR from July up to the present. It was in July when the city started requiring a negative RT-PCR test result upon arrival in the city. The result must be valid for at least 48 to 72 hours.

City Tourism Operations Office (CTOO) and Airport Health Monitoring Team Head Generose Tecson did not divulge the names of the passengers who arrived on the same flight from Manila. She said they are bound for another province.

“Four of them came with fake Philippine Red Cross RT-PCR test results and one with fake results from Philippine Airport Diagnostic Laboratory. All of them are not residents of Davao,” Tecson said.

As per airport protocol, all of them immediately underwent swab testing but were immediately handed over to the Sasa Police Station for investigation.

Meanwhile, during a virtual presser on Wednesday, December 23, Tecson said the majority of those apprehended for falsified RT-PCR test results were in the first week of December.

"Doon natin na-notice na parami ng parami yung merong mga (We noticed a lot of apprehension due to) fake RT-PCR test result. And it's either na na-scam sila or talagang finalsify nila yung result (they were either scammed or they intentionally faked their results)," she said.

Tecson emphasized that those who were scammed were promised a faster and cheaper test result. Others were swabbed at the place they stayed, unaware that they would be given a fake test result.

Some falsified test results were either coming from other people or were just manipulated.

She added they were able to detect the legitimacy of the RT-PCR test result by scanning its QR code or looking into the format of the presented document.

The official said this is already a red-flag and that the public should be cautious about where they are getting their Covid-19 tests.

“Pag mura siya and wala siyang mabigay na resibo, marker na iyan (If the price is suspiciously cheap, and they can’t provide any receipt, then that is already questionable),” Tecson said, adding that they should get their RT-PCR test to accredited testing centers.

The Department of Health (DOH) and the Department of Trade and Industry (DTI) on November 25 have signed a joint administrative order that set a price cap for Covid-19 RT-PCR tests.

The price cap of testing in private testing hubs is from P4,500 to P5,000, while public testing centers are only allowed to charge P3,800 per swab test.

Meanwhile, Tecson revealed that none of the 21 persons who submitted falsified test results tested positive for Sars-CoV-2 after being swabbed at the Davao International Airport.

Despite this, she reminded passengers not to attempt to falsify their test results because this not only puts them at risk but also other people in danger too, especially if they are carriers of the virus and are asymptomatic.

As of Wednesday, she said they already filed three cases, while the rest who were allegedly scammed filed a blotter report.

Tecson still expects more passengers who will submit falsified RT-PCR tests, especially that more people are coming home for the holidays. The Airport Health Monitoring Team is strengthening its verification process to prevent them from leaving the airport.

Meanwhile, she reiterated the city’s reason for requiring RT-PCR to all air passengers.

“We are doing this to protect our city. As much as people, the entire region because we are the gateway,” Tecson said.

Duterte-Carpio recently revealed that most air passengers resorted to falsifying their test results so they can leave the airport immediately.