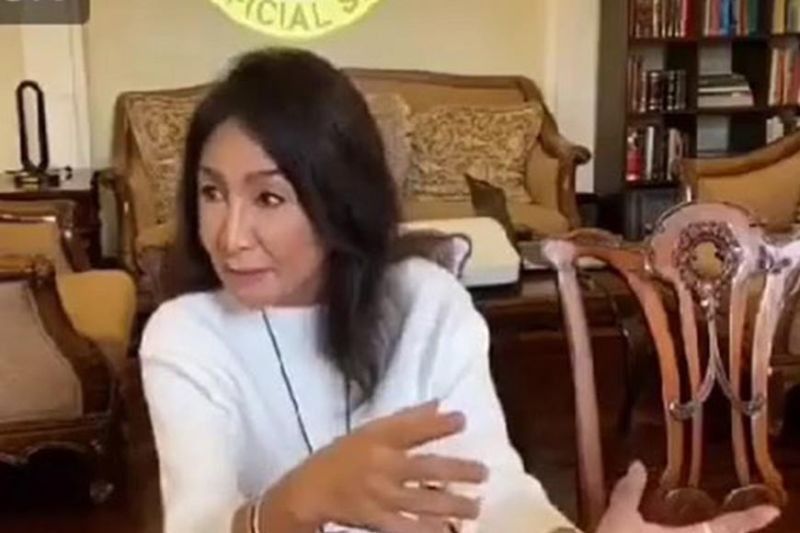 CEBU Gov. Gwendolyn Garcia said she supported the decision of President Rodrigo Duterte to cancel the implementation of the limited in-person classes in January 2021 as part of the government’s efforts to prevent the spread of a new strain of Sars-CoV-2, the virus that causes Covid-19.

The decision will give the Department of Education (DepEd) enough time to prepare for the full-blown face-to-face classes, she said.

Selected schools division in Cebu Province had been selected to join in the pilot face-to-face classes nationwide prior to the President.

The governor supported the resumption of the face-to-face classes, and she backed the League of Municipalities in the Philippines Cebu Chapter’s resolution supporting the DepEd proposal as many students struggle with the modes of learning, including the online method that requires internet connectivity.

The youth arm of Catholic Bishops’ Conference of the Philippines (CBCP) also supported the President’s decision.

“Whatever move, if it seeks the safety and well-being of the people, citizens, especially the vulnerable, should be supported,” Alarcon said.

Parent Jackie Rollorata said the President’s decision was a welcome development as sending her child to face-to-face classes would be risky.

Antonia Lim, president of the Alliance of Concerned Teachers (ACT) Cebu chapter, said they are in favor of face-to-face classes set up provided that the government will have a concrete plan and programs for the safety and security of the teachers, students and other workers.

She said the group continues to call for more budget allocation to education, provision of free gadgets and internet connections to teachers and students; provision of textbooks, instead of modules and hiring of nurses per school to monitor the safety of teachers and school workers.

In-person classes in the country have been suspended since mid-March 2020. Duterte earlier said these will not be held until a vaccine against Covid-19 becomes available.

A distance learning program is being implemented for the school year 2020-2021, which opened in October.

Malacañang, however, announced on Dec. 14 that Duterte has approved the pilot implementation of face-to-face classes in low-risk areas in January 2021.

The Palace stressed attendance in such classes will be voluntary on the part of the learners and parents.

Over 25 million learners are enrolled nationwide for the school year 2020-2021, based on DepEd records.

Duterte has approved the recommendation of the IATF for the Management of Emerging Infectious Diseases to temporarily prohibit inbound flights from the UK.

The ban, originally set to end on Dec. 31, has been extended for two weeks. (ANV, WBS with reports from SunStar Philippines)