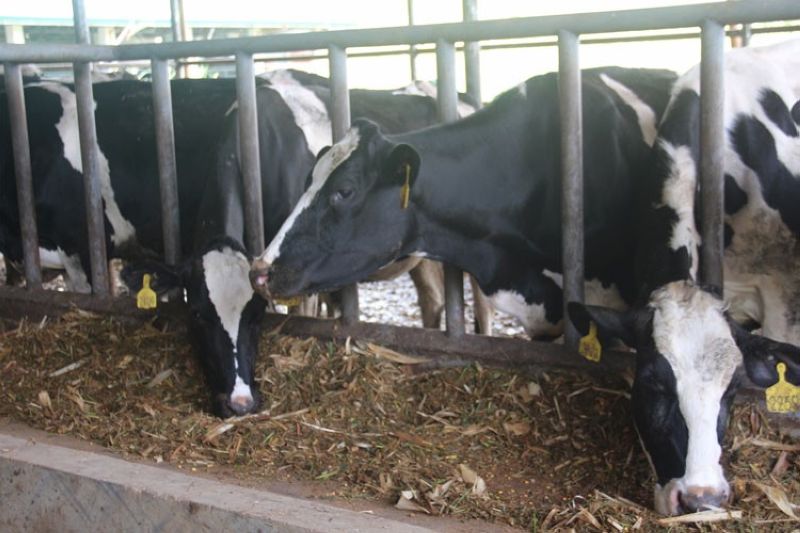 THE Baguio Animal Breeding and Research Center (BABRC), previously known as the Baguio Dairy Farm, continues to focus on cow breeding to help boost production of purebred cows and milk.

At present, the Cordillera Dairy Development Project (CDDP) inside the center focuses on breeding Holsten-Friesian and Girolando that aims to establish the foundation for a sound and viable dairy industry in the Cordillera Administrative Region (CAR).

With the arrival of new cows from Australia, there are now 37 new baby cows, with 25 out of the 49 already pregnant, according to Dr. Leisley Deligen, the livestock program coordinator of the Department of Agriculture in CAR (DA-CAR).

For the past seven months from May to November this year, DA-CAR data show an increase in the milk production performance of the cattle.

Deligen said the milk production, previously at 12 liters per day, is higher compared to the seven to eight liters per day national average, according to National Dairy Authority.

With the acquisition of the new cows, the veterinarian said they can produce an average of 18 liters per day, but a decrease was noted as almost half of cattle in the farm are pregnant.

The agriculture department said as the herd average days dry deviates the average milk production of the herd decrease since the dry period is a non-productive time, and this is to give time for the cow to restore body energy and nutrient reserves in order to achieve greater milk yields in preparation for the next lactation.

At present, the market niche for the milk produce in the farm is led by the Mountain High Dairy Cooperative that supervises the distribution of the raw milk sold at P40 to various outlets in the city and other neighboring towns.

On December 22, he noted there are 460 liters of milk produced by more than 20 cows, adding a dairy coop in Itogon also obtain milk in the farm in order to augment in their supply.

Aside from the breeding of cows, BABRC is being used for research where various plants are maintained in the area such as coffee trees, urban gardens and production of forage.

In a bid to produce more pure-bred cows, they plan to use modern technologies of preservation of semen and embryo.

"The goal is to produce purebred of dairy because their farmers who are interested one's they are given purebred cows they can produce higher production. The next part of the project, this building is seen to become an AI (Artificial Insemination) center, AI building, to produce nitrogen aside from the semen," he added.

The ultimate goal, he said, is to produce high quality and quantity of pure-bred Holstein and Girolando cows that is why the facility was established.

The management of dairy production through the CDDP also seeks to help address the challenges that brought about the country's dependency on imported milk and increase local milk production.