Returning to their families for Christmas, for the future 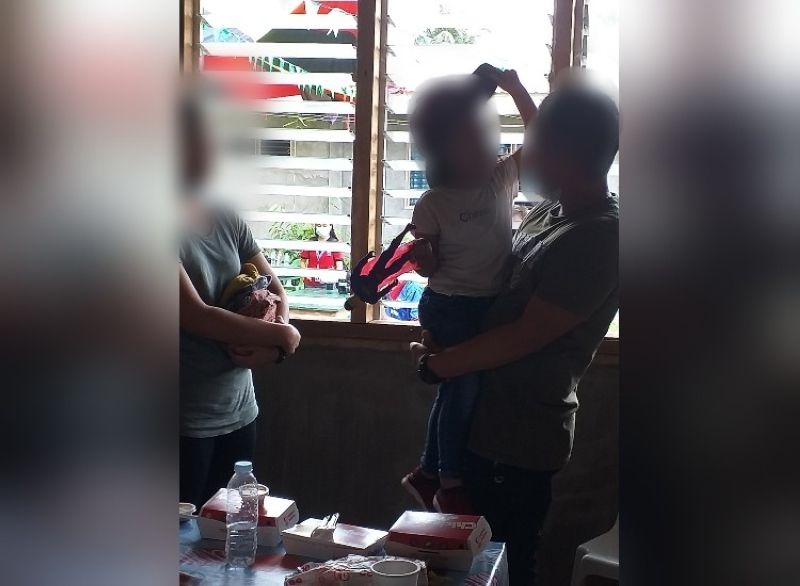 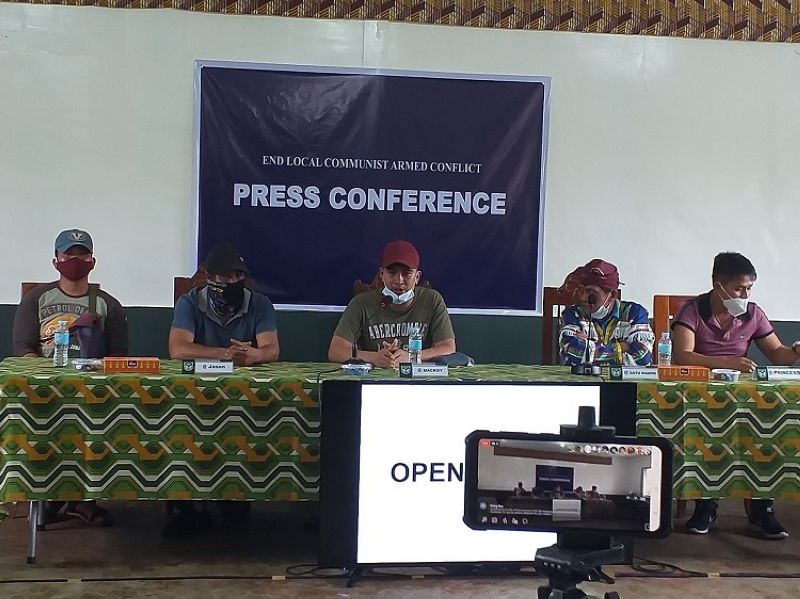 LIVING a life that is always on the run is never an ideal life for anyone, much more so to a family man.

This was the life alias Ka Mackoy and his comrades led when he was still a member of the New People's Army (NPA).

Ka Mackoy was still studying at the University of Southern Mindanao (USM) in Kabacan, Cotabato and was taking up an Animal Science course when he was recruited to become part of the underground movement. He was third year in college then.

He recalled that he was active in student or youth organizations with a genuine aim of pushing for his campaign for free education for all the youth who want to get an education.

Little did he know was that these groups were the recruitment ground for the NPAs. He said he was recruited with the promise that he and the underground movement have the same aim, free education for all.

In 2011, he was assigned in Bukidnon, more than 200 kilometers away from his home, and later on appointed to be the secretary of the Guerilla Front (GF) 53, Sub-Regional Command (SRC) 3, Southern Mindanao Regional Committee (SMRC).

Because Ka Mackoy was active in the progressive group in the urban area, he was then made the secretary of a section committee of the NPA unit belonging to Guerilla Front 51, which operates in parts of Makilala, North Cotabato, Bansalan, Digos City, and Sta. Cruz, all in Davao del Sur.

In 2016, he held the position of secretary in the whole GF 51. Later on, he became the secretary of the whole SRC3, SMRC.

Ka Princess' reason for being recruited in the underground movement is almost the same as that of Mackoy. Ka Angel's sentiment was that tuition fees were very expensive for the parents who wanted quality education for their children.

Ka Princess became more involved with some of the progressive youth groups in calling for free quality education for all.

Since high school in 2003, Ka Princess was involved in recruiting students to join progressive youth organizations. He did the recruitment up until his college days before he became a full-fledged NPA member. It was not until he experienced joining one of the progressive groups' biggest rallies in the country that he was recruited into joining the armed struggle instead of just participating in rallies. He was the platoon instructor of the Pulang Bagani Command 1.

Ka Jason also shared the same sentiment with them, joining the underground movement to send his children to school through the NPA's promise of family support to its members.

Ka Jason joined the underground movement in 1989, becoming the team leader and organizer of a special section in GF 53, SRC 3, SMRC.

After several years of fighting against the government, they slowly learned that what they aimed for could not be achieved through resistance. They saw that the movement they thought was ideal was far from being one.

Ka Mackoy said he was witness to how the movement had asked from construction companies and other private firms for a revolutionary tax. These taxes that they collect will be used for their operation.

"Ang policy sa Party is ang mata'g party organ gikan sa Front, sa iyang sub-region, sa region, ug sa national, kinahanglan mahimo siyang self-reliant. Dapat mangita siya'g pamaagi paunsa niya i-sustain iyahang pang-adlaw-adlaw na operation (The policy of the Party is for each unit to be self-reliant. The unit has to find ways on how it can sustain its day-to-day operations)," he said during their presentation to the media on December 26, 2020, in time for the Communist Party of the Philippines-New People's Army-National Democratic Front's (CPP-NPA-NDF's) 52nd founding anniversary at the 1002nd Brigade Advance Command Post in Magpet, North Cotabato.

This was the reason they are obliging the private sector to pay for the revolutionary tax, to the extent that it already becomes extortion.

This was reiterated by Ka Princess, saying that the revolutionary tax they were promised to be used for the good of the people, which the movement was supposedly advocating, was just a lie.

For Ka Jason, it is the inequality in the distribution of the Suporta sa Pamilya or Supamil that made him realize the movement was not ideal at all.

(Supamil is indeed true but not equal. As for me, who has five children, I only received P2,500 while Joel who only had two children he is receiving P6,000. Those who are in the higher cadre receive a higher amount)

He also expressed disappointment that being with the movement since 1987, he was never promoted to a higher position.

Aside from the disappointments and the hardships they have gone through, one of the main reasons they returned to the folds of the law was they could not visit their family often and out in the open.

"Sa hisgutanan sa pamilya, personal nakong desisyon musurender, i-avail and program sa government, kung unsa man ang rason sa akong pagsurender personal na to nako pero ang pinakadakong hinungdan gyud, nagadako akong bata gusto nako ma-reunite sa akong pamilya (Because of my family, it was my personal decision to surrender and avail of the programs of the government. My child is growing up and I wanted to be reunited with my family)," he said.

Ka Mackoy has a four-year-old daughter, but he was an absentee father during those four years.

Another rebel-returnee who was presented to the media during the same event, Ka Aguila, recalled not seeing nor communicating with his family for two straight years after he was transferred assignment in Luzon. He thought he would be transferred to the cities in the Manila area, but he was thrown to the remotest area in Aurora, Quezon Province.

There in the mountains of Aurora, he realized how he missed his family so much, especially that he could not even call them even holidays.

When he was reassigned back to Davao and parts of Soccsksargen region, he requested his higher-ups to let him see his family even for a short period. He was given a "two-week vacation" from the armed struggle, which he immediately used to spend with his family. He was, however, chased by government troops so his "two-week vacation" was not fully utilized.

During the very short time that he reunited with his family, he had decided to surrender to live with them peacefully again.

Ka Jason, meanwhile, realized that if he did not surrender, his family, especially his children, would carry the burden to provide for themselves.

Ka Jason was the latest surrenderer who yielded to the government forces on November 28, 2020. This year was the first year he spent Christmas with his daughter.

(My child is four years old and since my child was born, this is the first time that we will celebrate Christmas as a complete family. November 28 to December 26, may be less than a month, but this is a long time spent with my family compared to before.)

Ka Jason, in his 32 years in the underground movement returning to the government last year, appealed to his former comrades to follow his steps in surrendering.

He also reiterated that there is no future under the movement but death.

Meanwhile, Ka Princess narrated how the government has helped him improve his and his family's life after he surrendered through the services and programs for the rebel-returnees. He revealed that P40,000 of the total P60,000 he received from the Enhanced Comprehensive Local Integration Program he used to establish a Lakatan banana plantation, which now earns P60,000 a month.

He called on other members of the NPA to avail of the programs of the government for rebel returnees.