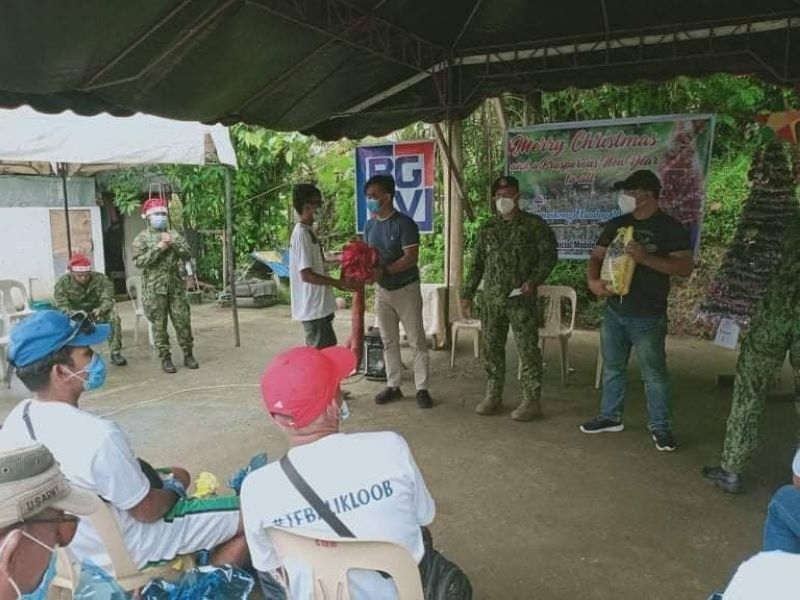 POLICE have brought food packs and other gift items to 14 former members of the New People’s Army (NPA), who are currently attending a government reintegration program in Eastern Visayas.

Senal said one of the 14 returnees was a recipient of their “Adopt A House” program.

Colonel Rodelio Samson, director of Leyte Police Provincial Office, also hoped the rebel returnees “will serve as examples that will encourage others who are still with the rebel movement to give up the way of violence and embrace the path of peace and development.”

From January to December 23, 2020, a total of 63 former rebels have already surrendered in Eastern Visayas.

Meanwhile, two new surrenderers were reported in Bicol region at the start of 2021.

They also turned in caliber .30 carbine rifle, caliber .45, magazines and ammunitions during their voluntary surrender on Saturday, January 2.

"Masbate has been a stronghold of the communist terrorist group for so long a time, but since the implementation of the whole-of-nation approach, the number of communist terrorist group members and supporters returning to the folds of the law from this province skyrocketed and it continues to snowball,” said Major General Henry Robinson Jr., commander of Joint Task Force Bicolandia.

“It only means that all our efforts towards sustainable peace and development are already bearing fruits. We thanked these two surrenderees for setting a good example to the remaining communist terrorists who, in the coming days and months, will also follow their footsteps,” added Robinson in a statement.

The NPA, which has been waging a Maoist-inspired guerrilla war since the late 1960s, is listed as a terrorist organization by the United States, European Union, United Kingdom, Canada, New Zealand and Australia. (SunStar Philippines)