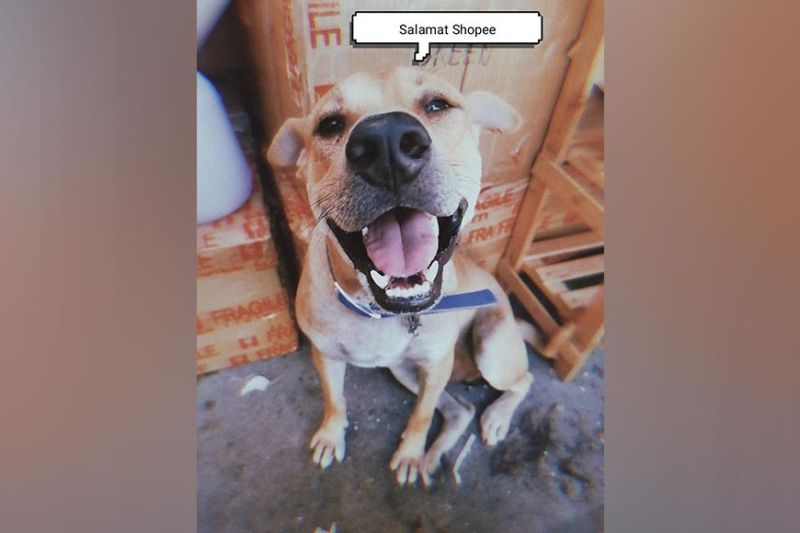 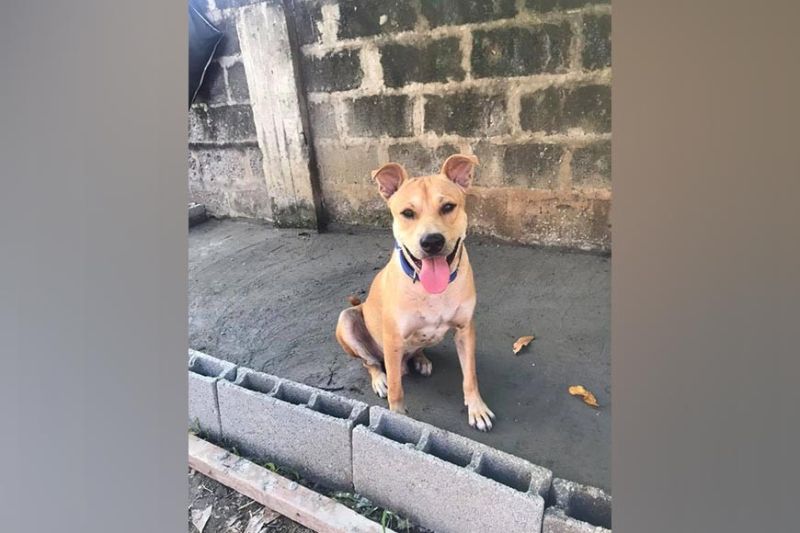 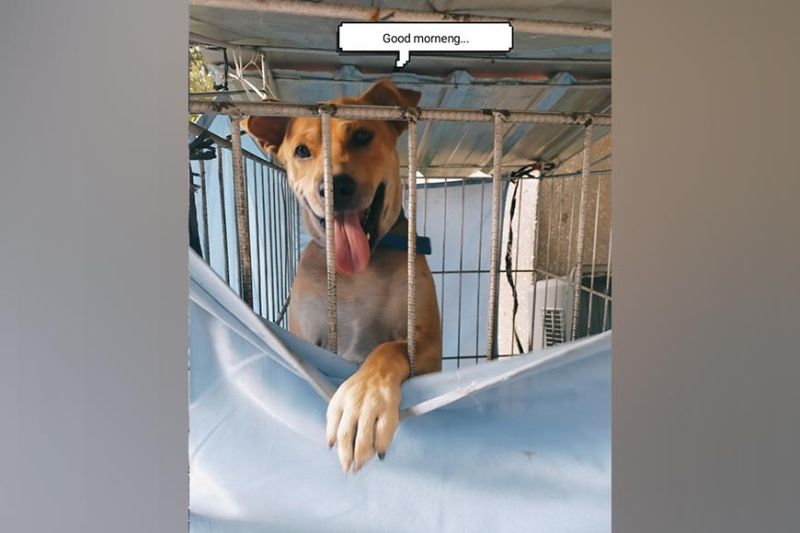 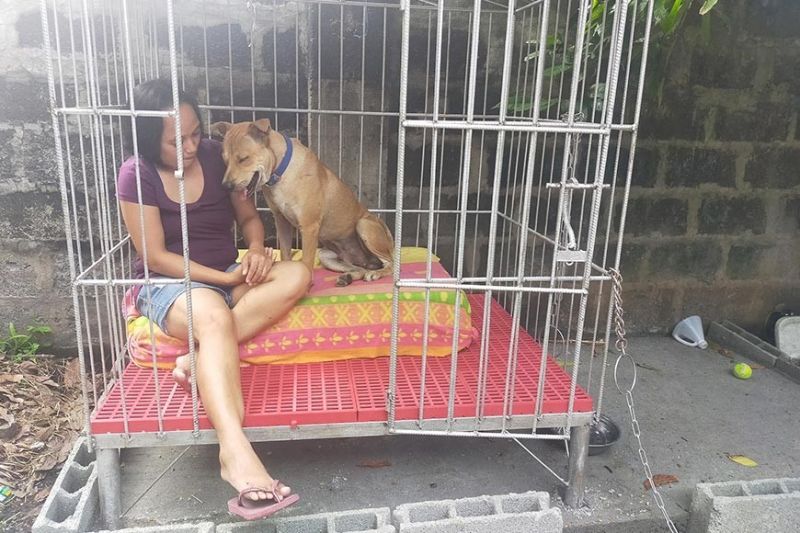 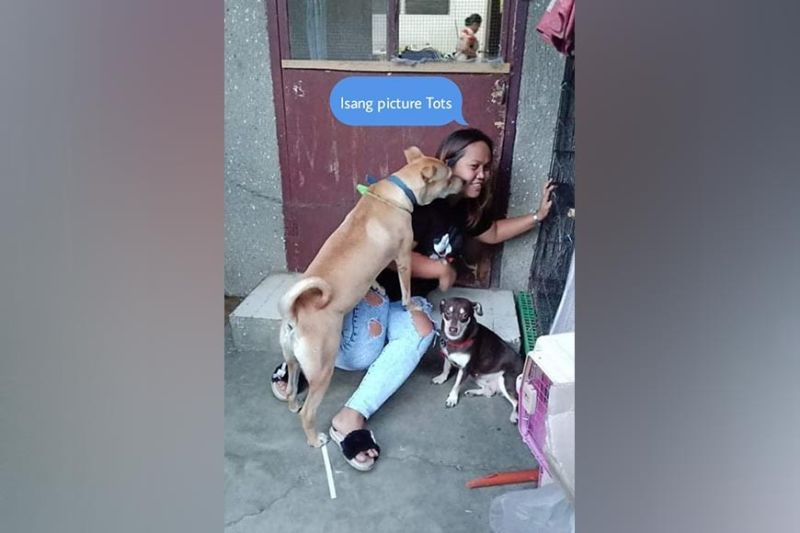 IF YOU'VE been following the pet rescue volunteer group Facebook page Pet Avenue, chances are you’ve already heard of Totskie, a brown Aspin who had won the hearts of the followers because of his innate playfulness.

But did you know that this very playfulness is one of the reasons he was declined by three different owners?

Totskie, a brown aspin was first spotted by Pet Avenue founder Sheena Garde Lumayaga and the other staff of Pet Avenue along Padre Faura St., near Roxas Avenue. Totskie was still a 2 to 3-month old puppy then tied under a tree outside the house of his human. This was early 2019. Seeing the state of Totskie, they decided to talk with the owner who was also understanding and assured that the needs of Totskie were taken care of.

During the weeks that followed, when they passed by Padre Faura again they noticed that Totskie wasn’t tied to the tree anymore. They later learned that he was given for adoption to another family in Agdao. Busy rescuing other dogs and cats in other parts of the city, Sheena and her team didn’t mind Totskie after that. But for the next few weeks, they noticed another dog loitering in the area specifically near the first house. This was indeed Totskie who traveled from Agdao to Padre Faura just so he could go home to his first humans. But Pet Avenue was told the first humans can’t keep Totskie anymore because they had just their baby and wouldn’t want to have a dog for the baby’s safety.

And so much to the misery of Totskie, he wandered Padre Faura and Roxas Avenue area scavenging for scraps and food. Sometimes, some good-hearted trisikad drivers would feed him whenever they eat lunch in the nearby carinderia. But aside from that, Totskie was all alone -- cold and hungry. Worse, owners of big-bred dogs would make their dogs fight Totskie just for entertainment. The mauling and biting resulted in some scars on Totskie’s head.

An adoption for Totskie was planned. He had been to two different furparents whose background were checked by Pet Avenue. They were indeed pet lovers but they have the same complaint of Totskie - he was too hyper and noisy even during the wee hours of the night. Sheena said there is proper handling of rescued animals from the street. They shouldn’t be immediately caged, she said. Both two humans brought Totskie back to the streets saying they can’t handle him.

This prompted Pet Avenue to plan a rescue operation and take Totskie under their care. They hired a jeepney to do that. While bringing in stuff from their headquarters in Roxas Avenue to the parked jeep outside, they noticed Totskie had already climbed up the jeep, much to the surprise of the driver. It’s as if he knew.

“We like to believe it’s really Totskie choosing us,” said Sheena. Since then, Totskie’s photos paired with funny and witty dialogs made the dog even more charming to Pet Avenue followers. Stories and photos of Totskie along with the other rescued cats and dogs were a hit. This created a fan base for Totskie which Pet Avenue referred to as his ninongs and ninangs. Sheena said Totskie grew to be loving though he can be pretty annoying and playful at times.

One day, one of Totskie’s followers decided to register him in Pupvote, an international pet photo contest. Basically, the pet with the highest number of likes wins. Because of an established group of ninongs and ninangs, the votes skyrocketed. This could also be attributed to the Pinoy pride that Filipinos have. Totskie was the only Filipino dog participant and also the first and only Aspin to join the contest. While the other dog contestants from different countries bought votes, it was still Totskie who championed in the end because of the pouring support of Filipino dog lovers in Davao City and other parts of the world.

The Pupvote pet photo contest made them win 400 Euros equivalent to more or less P24,000. Sheena said they are truly grateful to everyone who supported Totskie in the contest. The prize, she said, will be used for the food and other needs of their rescued animals which, at present, is at 70 dogs and cats distributed in Pet Avenue shelter and the houses of some of the volunteers. They are also saving up for a rescue van that would smoothen their rescue operations in the future.