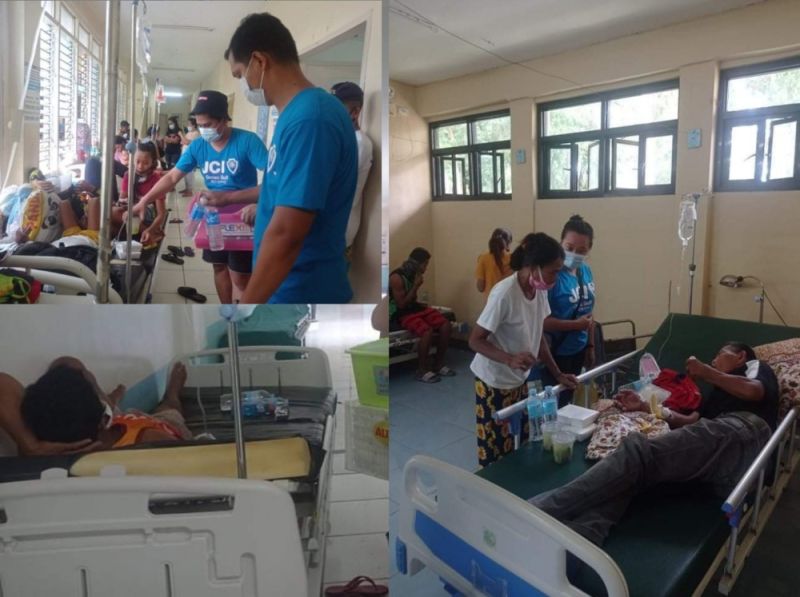 A DIARRHEA outbreak had hit Barangay Butuan in Jose Abad Santos (JAS), Davao Occidental, affecting 32 residents including one senior citizen who succumbed to the disease on Saturday, January 2, 2021.

JAS Mayor Jason John Joyce, in an interview with SunStar Davao, identified the victim as Emilio Sumanday, 68, and a resident of the barangay.

He said the 31 victims are currently admitted to the Tomas Lachica District Hospital in Barangay Caburan, around one and a half to two hours away from Barangay Butuan where the outbreak occurred. Reports of diarrheal cases started on December 31, 2020.

All are in stable condition and are being monitored by health professionals.

Joyce also assured there were no new patients reported since Saturday night.

Cause of the outbreak

Joyce revealed that the probable source of infection is contaminated water.

"Initial reports reveal that the water from that deep well where the community source their drinking water is contaminated. It is located near a toilet and it is possible that the toilet had leakage," he said.

Results of the water sample examination are expected after three days.

Yumang added that 25 others are being closely monitored in the community.

Joyce said the local government unit and its partners acted immediately after receiving reports of an outbreak on Saturday morning, January 2.

“We acted right away on the emergency when the outbreak was reported to us yesterday morning. We prepared dextrose and medicines, and our rescue vehicles are also on standby in case the need to transfer some patients to other hospitals arises,” he added

He said those who will be referred to other hospitals will be assisted by the LGU-JAS, provincial government, congressional office, and Dumper Party-list.

The mayor also said the LGU will shoulder all medication and transportation expenses of the patients.

Meanwhile, DOH-Davao had also provided essential commodities such as medicines and intravenous fluids for the use of the district hospital.

Resu Head Dr. Cleo Fe Tabada is also in close coordination with Municipal Health Officer Dr. Amparo Lachica for the initial investigation and rapid assessment of the area, the health status of the families affected, needs of the health facilities and the entire community.

Joyce explained that diarrhea cases are always reported in these areas every year.

When asked about the LGU's plans on providing better safe drinking water access to Barangay Butuan and other nearby barangays, Joyce explained it has been a challenge ever since due to the barangays' location.

"Putting up a water district is the most ideal thing to do to solve these problems, but it is impossible because of our coastal town's geographical situation," he said.

He said, for now, they are constantly reminding residents to boil their water, ensure nearby facilities have no leakage, use improved sanitation, and handwash with soap.

A Municipal Inter-Agency Task Against Diarrhea was also created and on standby at the command center in the Municipal Gym to cater to all Diarrhea-related concerns in the community.