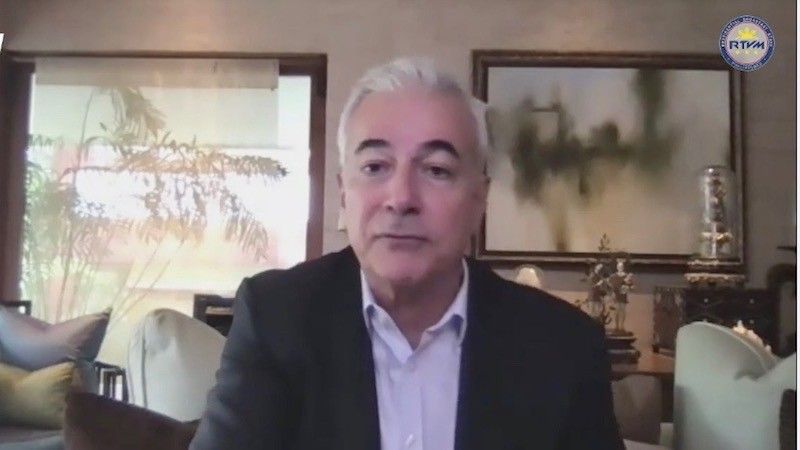 At $5.50 per dose, including the expenses for logistics, Ayala Corporation president and COO Fernando Zobel de Ayala said the entire transaction would cost P120 million.

Zobel said half of these vaccines would be donated to the government as requested, while the other half would go to the private sector.

“This is a time for everyone - private sector, public sector - to work together. Never have we faced a crisis of these proportions that has produced so much suffering in our country,” Zobel said during the virtual press briefing by Presidential Spokesperson Harry Roque on Monday, January 4, 2021.

“I’d like to think that the private sector has come through in a very big way, with a call from the government, and tried to to do everything that they could, not only for their employees, their suppliers, but the public in general. I think we’re all here to help the country as a whole in the best way that we can,” he added.

Zobel said the company will also help in the distribution of the vaccines.

The Ayala Group, one of the biggest conglomerates in the country, is among the companies that signed the first vaccine deal in the country.

On November 27, 2020, the business community signed a tripartite agreement with the government and AstraZeneca for the procurement of 2.6 million doses.

The vaccines are expected to be delivered in May or June 2021. AstraZeneca has sought to conduct clinical trials for its vaccine candidate in the Philippines.

AstraZeneca earlier reported that the vaccine AZD1222, which it developed together with the University of Oxford, showed an efficacy of 90 percent when given as a half dose, followed by a full dose at least one month apart.

Efficacy was 62 percent when given as two full doses at least one month apart.

The combined analysis from both dosing regimens resulted in an average efficacy of 70 percent, the company added. (Marites Villamor-Ilano / SunStar Philippines)