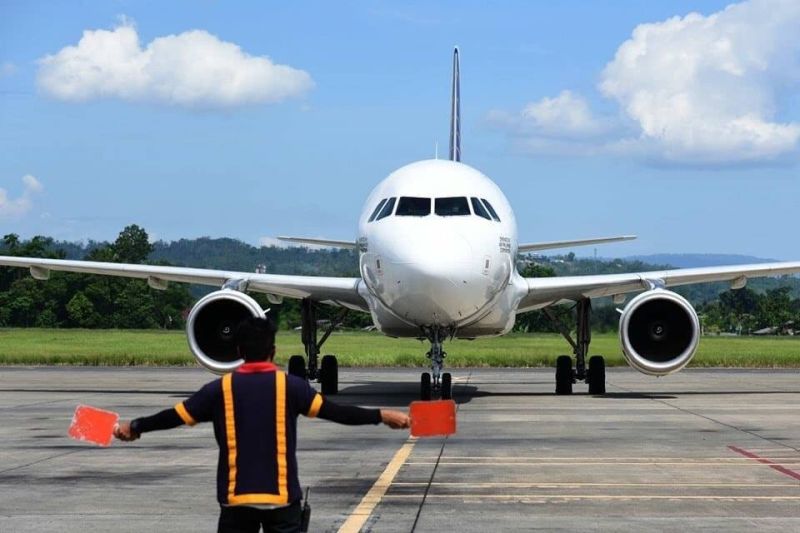 Duterte-Carpio said in a radio interview that the passenger was immediately brought to the city's quarantine facility for immediate case management.

The mayor said they have yet to determine the passenger's date of arrival in the country and in the city.

Japan is among the 21 countries the Philippine government has imposed a travel ban on following reports of a new Sars-CoV-2 strain, which was first detected in the United Kingdom in December 2020.

Duterte-Carpio said they do not know how the passenger was allowed to board the plane bound for Davao City.

"We do not know what happened didto sa (in) Manila. Ngano wala siya napadulong sa quarantine (Why the passenger was not directed to the quarantine facility there)," Duterte-Carpio said in an interview on 87.5 FM Davao City Disaster Radio.

As of Monday, the mayor said the city has not yet identified a separate quarantine facility for travelers coming from countries with the new variant.

The Philippine government recently imposed a travel ban to 21 countries where the new Sars-CoV-2 strain was reported, until January 15, 2021.

Passengers from the 21 countries who arrived in the Philippines on or before December 30, 2020 were immediately placed under 14-day quarantine in New Clark City in Tarlac despite having a negative Covid-19 test result upon arrival.

At the Davao Airport, all air passengers are required to present a negative reverse transcription polymerase chain reaction (RT-PCR) test result upon arrival. Those with no RT-PCR will be swabbed for free, but would have to wait for their test result at the airport's waiting facility.

With the new strain, once it is determined that the passenger has a travel history from any of the 21 countries, they will be immediately transported to the city's quarantine facility, regardless of the RT-PCR test result.

The mayor, however, admitted that the city, as of now, has no capability to detect whether a passenger is a carrier of the new Covid-19 strain.

Duterte-Carpio said the City Government is already applying for a slot for the genomic sequencing testing at the Research Institute for Tropical Medicine (RITM) in Manila.

She said only the RITM has the capacity to conduct the genomic sequencing, which can detect if a certain specimen already carries the new strain of Covid-19.

For the meantime, the mayor said the additional measures they can add up is to check the passenger's travel history.

"So kung ang atoang regular pasahero [domestic], ginadiretso sila sa home quarantine, kani sila because of the risk na posible sila nagdala sa highly contagious nga variant, diretso sila sa atong quarantine facility (For domestic passengers, who will test negative, will be immediately referred to go undergo home quarantine. But for those who came from countries with the new strain, we immediately refer them to the quarantine facilities since these are people who are at risk in carrying the highly contagious variant)," Duterte-Carpio said.

During a meeting with the Davao City Public Safety and Security Command Center (PSSCC), National Intelligence Coordinating Agency (Nica), and the Civil Aviation Authority of the Philippines-Davao Region (Caap), there were tasked to tighten its screening procedures for domestic flights to check if there are transit passengers from international flights or transferred to domestic flights at the airports of their origin.

While Duterte-Carpio said the new Sars-CoV-2 variant is most likely to enter the city's borders anytime soon, she emphasized the need to further intensify the compliance to the minimum health protocols.

Health officials had reported that the new strain can infect more individuals if minimum health protocols, such as wearing of face masks and face shields, observance of physical distancing, and the frequent handwashing of soap and water, are not observed.

Both the Department of Health and the Davao City Covid-19 Task Force already said there is no proof that the virus is "more deadlier" than the original variant and that the public must not panic, hence should continue to comply with the minimum health protocols.