Mayor asks polling bodies not to include her in presidential surveys 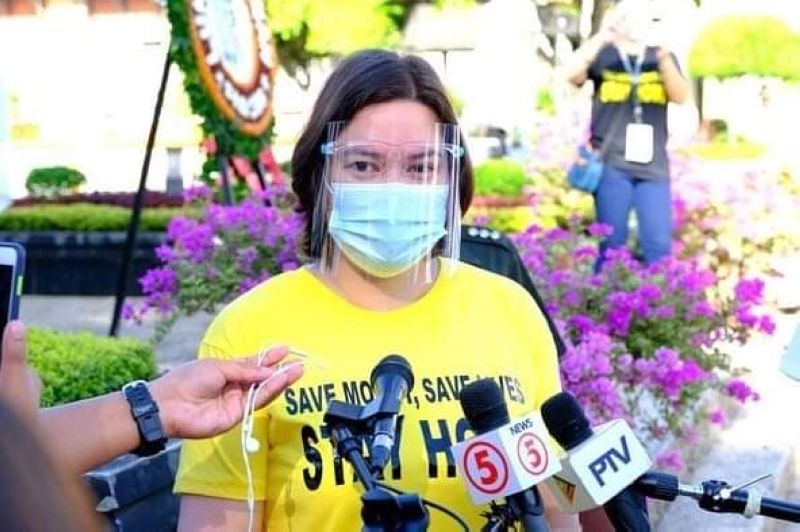 DAVAO City Mayor Sara Duterte-Carpio asked the Pulse Asia and other research organizations to have her name removed from the list of any surveys on the upcoming presidential elections 2022.

She made this statement after learning she topped the recent Pulse Asia yearend survey results on possible presidential 2022 candidates.

"I respectfully suggest to survey organizations to remove my name from the choices... Wala ta naghunahuna karon og eleksyon (We are not thinking of the elections these days)," she said in a Davao City Disaster Radio interview on Monday, January 4.

She emphasized that her focus remains on how to survive "the economic and humanitarian crisis still in front of us as we continue to battle the effects of Covid-19 on our people and our country."

The survey, conducted among 2,400 respondents from November 23 to December 2, 2020, showed 26 percent of adult Filipinos would support the lady mayor and the daughter of President Rodrigo Duterte.

She also topped it in all sectors with class ABC at 27 percent, D with 26 percent, and E at 23 percent.

Marcos was the running mate of the late Miriam Defensor Santiago, who ran in the 2016 presidential elections. Poe also ran for the presidency in the same year.

It can be recalled that President Rodrigo Duterte strongly discouraged his daughter from running for president.

"Wala ka talagang makuha diyan, pagod lang (You will not get anything out of it, just stress)," he added.

In February 2019, Duterte-Carpio said she would make a decision on a possible bid for presidency by 2021.