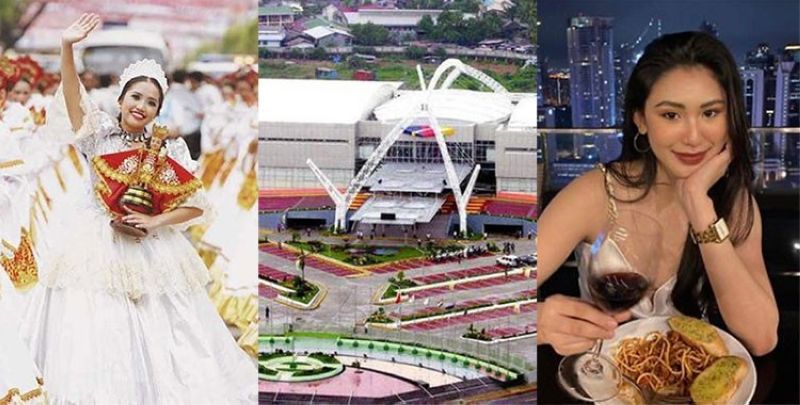 WHAT YOU NEED TO KNOW. [1] There's a snag in the holding of the Sinulog for 2021 in Cebu City: the police want it scrapped although it has yet to be briefed on what the cultural presentation would be like.

The Sinulog Foundation Inc. (SFI), through its chairman Vice Mayor Mike Rama, has announced that the cultural event of Fiesta Senor is a "go" but agrees they will submit to the decision of the national task force IATF.

Interestingly, the regional IATF, which has Councilor Joel Garganera as deputy implementer for Cebu City and leader of the city's Emergency Operations Center, will influence IATF Manila's decision.

What Garganera will recommend is heavily speculated on at City Hall.

By the way, was there already a regional IATF recommendation, as of Tuesday afternoon, January 5? One news report was tagged thus: "RIATF recommends cancellation of Sinulog" but the head and the body text at the news site said, "PRO-7 asks RIATF to reject Sinulog."

[2] The ombudsman has dismissed the criminal charges against Governor Gwen Garcia, nine other Capitol officials and all members of the bids and awards committee at the time the CICC or international convention center building (three stories, costing more than P800 million) was constructed in 2005 for the 2006 Asean Summit that Cebu hosted.

News of the December 14, 2020 ruling of the ombudsman, first reported locally by Capitol's Sugbo News Tuesday, January 5, gave sparse detail on the reason the charges were thrown out, namely, that it did not injure the interest of the local government that spent almost one billion pesos for the structure. The anti-graft law generally does not require injury on the part of the government as element of the crime.

No such thing as "provisional rape" in the Revised Penal Code or in any special law. What the Makati City police must mean was that they filed Monday, January 4, the provisional charge of rape with homicide against 11 men for the rape and death of flight attendant Christine Angelica Dacera, 23, last New Year's eve.

Dacera's body was found in a bathtub in a hotel room where and her friends held a December 31 party.

The media reports, except one (the Inquirer), used the "provisional rape" term. The word "provisional" describes the filing of the charge, not the crime.

The slip prompted such quips on social media as, "Rape is caused by rapists. But what causes provisional rape? Talinghaga."

Councilor Garganera as city councilor and member of the ruling party Barug at City is expected to support the administration thrust. The administration, through Mayor Edgardo Labella and VM Rama, has decided to continue the Sinulog, though revised and modified to jibe with the campaign against the pandemic.

As IATF official, Garganera is expected to support the policy and goals of the national task force. The two interests may clash, especially if Partido Barug sees the event as source of goodwill for the officials who may run in the next election.

The conflict of interest though is not one that the law expressly disallows. Joel's IATF job is just like the administrative work of some councilors that has nothing to do with lawmaking. Councilor Dave Tumulak, for example, helps on the traffic problem and various tasks such as scouting for a cemetery site. Then mayor Tomas Osmeña even named a number of councilors as deputy mayors, a title that one can't find anywhere in any law or ordinance.

Kons Joel has to decide between pleasing his Barug leaders, more particularly the vice mayor, at the same time winning points for the party and supporting the IATF objectives. Perhaps he can do both.