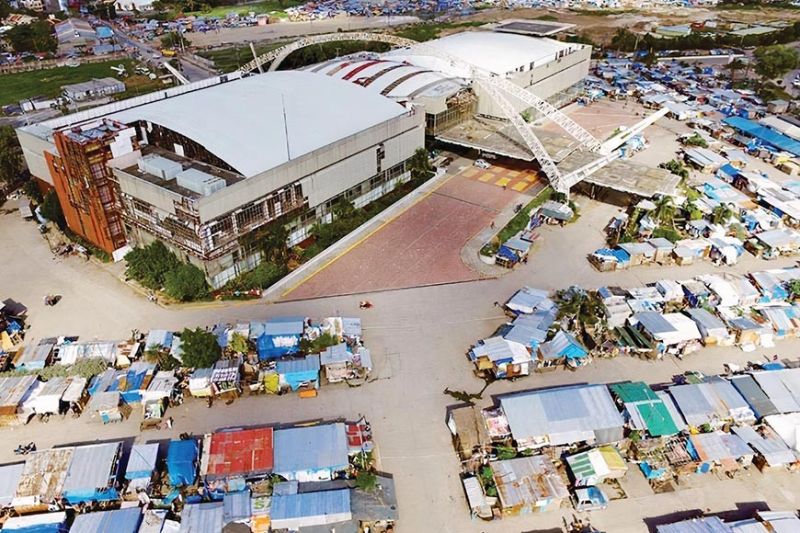 WHAT IS LEFT OF CICC. This aerial photo of the Cebu International Convention Center (CICC) in Barangay Guizo, Mandaue City was taken in 2017. The facility, which was built for the 12th Asean Summit and the 2nd East Asia Summit in 2007, has been closed since it sustained heavy damage during the 2013 earthquake. The property became a temporary home for survivors of the Guizo-Mantuyong fire in 2016. The Province later sold the CICC to the Mandaue City Government for only P300 million. (SunStar file)

THE Office of the Ombudsman has overturned its previous decision and decided to dismiss criminal charges against Cebu Gov. Gwendolyn Garcia and 11 others over alleged anomalies in the construction of the P830-million Cebu International Convention Center (CICC) in 2006.

In a 12-page decision, issued on Dec. 14, 2020 and penned by Ombudsman Graft Investigation and Prosecution Officer 3 Daniel Von Evan Panelo, Panelo said they found sufficient basis to overturn the Ombudsman’s previous issuances and dismiss the criminal charges for violation of Republic Act 3019 or the Anti-Graft and Corrupt Practices Act against Garcia and her co-respondents.

The dismissal was approved by Ombudsman Samuel Martires.

Panelo said Garcia and her co-respondents did not commit manifest partiality, evident bad faith, and gross inexcusable negligence; nor did they cause any undue injury to the government, which are elements necessary to determine if a violation of RA 3019 was truly committed.

“They were not motivated by corruption considering that their resort to an alternative mode of procurement was premised on their mistaken belief that the same was appropriate,” the decision said.

“In the same vein, it cannot be said that the respondents caused any undue injury to any party, including the Government, or gave any unwarranted benefits, advantage or preference. As above-mentioned, the items procured were reasonably priced and are within the standards set by COA,” the decision further read in part.

“As such, there was no undue injury because the local government did not spend money more than it was supposed to and there was no showing that the respondents obtained benefits as a result of the transaction,” it added.

According to the anti-graft office, there were also no unwarranted benefits given considering that the respondents gave sufficient justification in resorting to alternative modes of procurement and the materials were purchased at cost.

Earlier in 2016, then Ombudsman Conchita Carpio-Morales approved the filing of criminal charges against Governor Garcia and her co-respondents for using “alternative methods” of procurement in the CICC project.

In approving Panelo’s recommendation to overturn Morales’ decision, Martires said the dismissal of the criminal charges against Garcia and others addresses “the apparent inconsistencies in the previous rulings of the Ombudsman with the hopes of putting the present controversy to rest.”

“It is settled that the Ombudsman may revoke, repeal or abrogate acts of previous rulings of a predecessor in office. It is not bound by the decisions or actions of its predecessors as it could alter or modify them within the bounds of law,” Martires said.

“This is especially true in cases where the rulings or decisions of the predecessor have not been consistent in a particular matter,” he added.

In April 2007, businessman Crisologo Saavedra filed a letter-complaint before the Office of the Ombudsman-Visayas against Garcia, members of the Provincial Bids and Awards Committee (BAC) and Te over alleged anomalies that occurred during the bidding, awarding and construction of the CICC.

The CICC was constructed in 2007 as a venue for the 12th Association of Southeast Asian Nations (Asean) Summit and the second East Asia Summit held in the same year.

Garcia said she will issue a statement on the case’s dismissal on Wednesday, Jan. 6, 2021. (JKV)