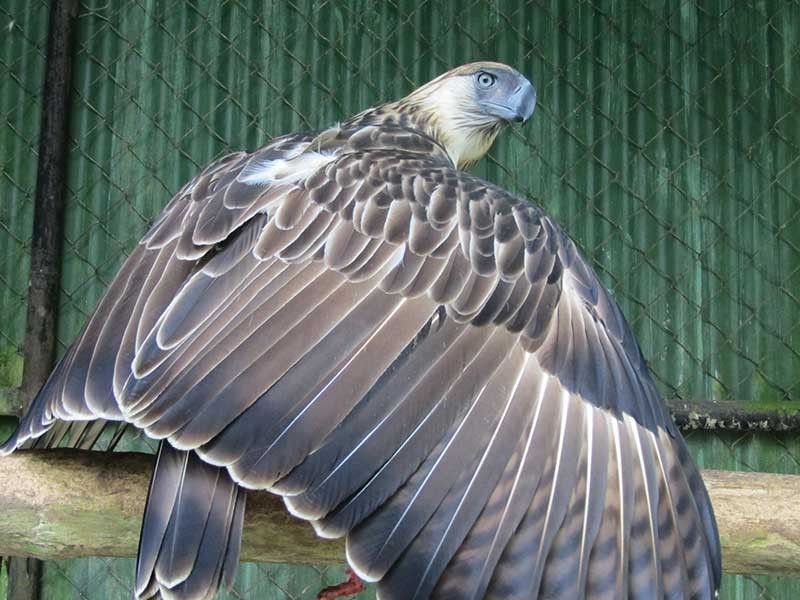 This was confirmed by the Philippine Eagle Foundation (PEF) on Friday, January 8, 2021, in a press statement.

"Pagasa succumbed to infections associated with Trichomoniasis and Aspergillosis. Both diseases are fatal for raptors. Although treatment was done over a week ago, he continued to deteriorate," read a portion of the foundation's statement.

Pagasa, who would have turned 29 years old on January 15, is a product of 14 years worth of research. His birth in 1992 heralded hope for the critically endangered species and the entire conservation mission.

He was bred and hatched in captivity using the cooperative artificial insemination (CAI) techniques.

CIA is a breeding process involving the collection of semen from male eagles and implanting them into female eagles, a scientific way of increasing the bird's diminishing population.

Years after he was hatched, Pag-asa produced his first offspring on February 9, 2013, named Mabuhay.

He was also a sperm donor for female eagles and his semen was used for CAI.

Recently, Pagasa retired from the breeding program due to aging.

"While his death will not affect our breeding program as he was already retired, but he played a vital role. He was a benchmark and helped improve our data set for determining the productivity of eagles in captivity," PEF executive director Dennis Joseph I. Salvador said in an online interview.

"Even after he retired from breeding, Pag-asa lived his life as an icon of hope for Filipinos, young and old, and was a constant inspiration to the people working tirelessly to save our National Bird from extinction," PEF continued.

Asked what their plans are for Pagasa remains, Salvador said the foundation is open to the idea of taxidermy.

"We’ll probably go that route so that he may continue to raise awareness even if he's gone," he said.

Meanwhile, as for Mabuhay, Salvador said he is healthy but is not matured yet for production.

"Mabuhay is going eight years old this February. They only become productive at 10," he said.

The Philippine Eagle was declared the country’s national bird, replacing the Maya, in 1995 by former President Fidel Ramos. The world’s largest bird of prey was considered endangered species in 1965 and was later classified “critically endangered” by the International Union for the Conservation of Nature.

For the Philippine Eagle to be off the list from the "critically-endangered species" category, there should be at least 1,000 pairs flying freely in the wild and/or living safely in captivity. Currently, there are only an estimated 400 pairs documented, hence the species’ status.

At present, there are a total of 33 eagles under the foundation's care.