UK regulators approve use of 3rd vaccine against coronavirus 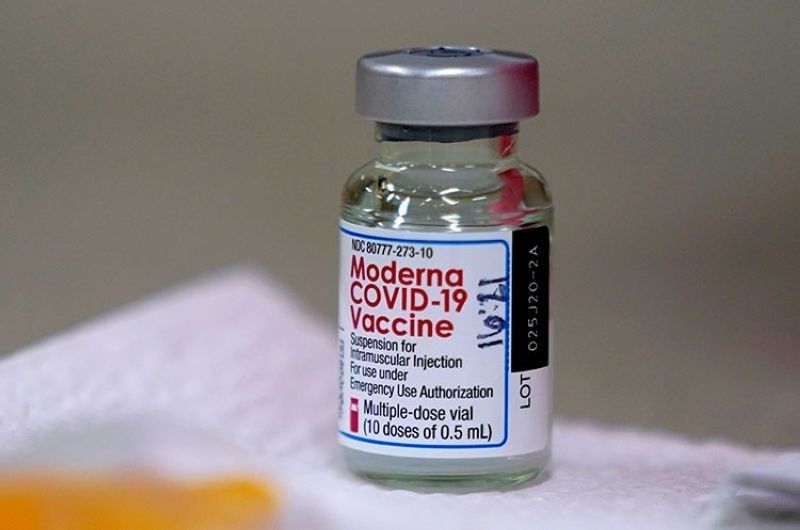 USA. In this file photo dated December 30, 2020, a bottle of Moderna Covid-19 vaccine on a table before being utilized in Topeka, USA. (AP)

LONDON -- Britain has authorized a coronavirus vaccine developed by Moderna, the third to be licensed for use in the country as it ramps up a vaccination program critical to lifting the country out of the pandemic.

The Department of Health said Friday that the vaccine meets the regulator’s “strict standards of safety, efficacy and quality.” Britain has ordered an additional 10 million doses of the vaccine, bringing the total to 17 million doses. They are not expected to be delivered to the UK until spring.

"Vaccines are the key to releasing us all from the grip of this pandemic, and today’s news is yet another important step towards ending lockdown and returning to normal life," Business Secretary Alok Sharma said.

So far, Britain has inoculated 1.5 million people with the Pfizer-BioNTech and Oxford University-AstraZeneca vaccines. It plans to vaccinate some 15 million people by mid-February.

With hospitals overwhelmed with patients and medical personnel under unprecedented strain, the quick uptake of vaccines is ever more critical.

NHS England Chief Executive Simon Stevens said Thursday that the pressures facing hospitals in London and the southeast of England are so acute that the Nightingale hospital at the ExCel London will be opened next week.

The hospital was one of several built in the spring to help during the pandemic, but wasn't used. They were named after Florence Nightingale, widely considered to be the founder of modern nursing.

“The entirety of the health service in London is mobilizing to do everything it possibly can, but the infections, the rate of growth in admissions, that is what collectively the country has got to get under control,” he said.

The UK is recording virus-related deaths on a par with some of the worst days early in the pandemic. On Thursday, government figures showed that another 1,162 people were reported to have died within 28 days of testing positive for the virus.

The UK's total virus-related death toll is now 78,508. According to figures compiled by Johns Hopkins University, the UK has the most Covid-related deaths in Europe and the fifth most in the world. (AP)