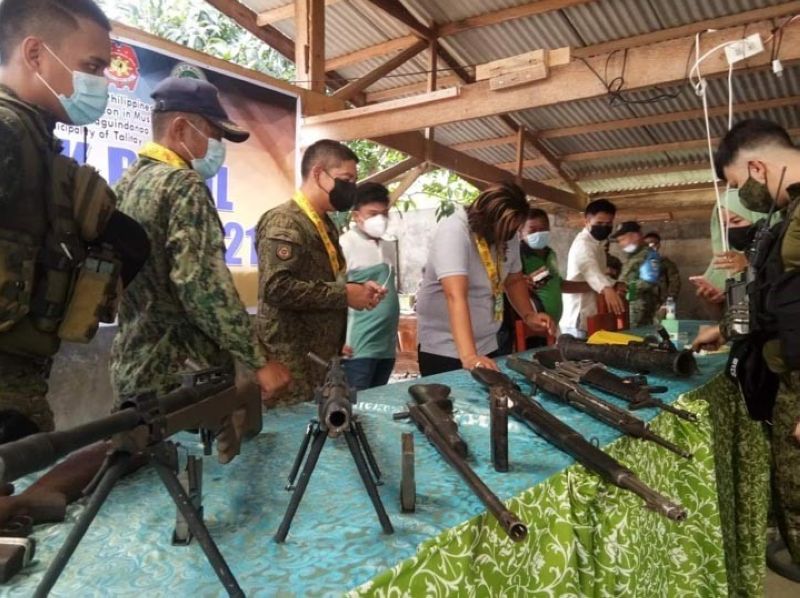 Lieutenant General Corleto Vinluan, Jr., commander of the Western Mindanao Command, said the surrender of firearms was a result of the continuing campaign against the proliferation of loose firearms of the different units of the command.

The firearms were received by Lieutenant Colonel Omar Orozco, commander of the 2nd MechBn, and these are as follows: one 60-mm mortar; one Colt AR M16 rifle; two locally-made 12 gauge shotguns; two locally-made 7.62-mm sniper rifles; one M1 Garand caliber .30 rifle; one locally-made caliber .38 revolver; and one modified M16 rifle.

Sabal said the firearms were handed over to them by locals from the different villages of Talitay town.

“This is a result of the strengthened collaboration among the local government units, security forces, and the stakeholders,” Orozco said.

Major General Juvymax Uy, commander of the Joint Task Force Central, has encouraged the people of central Mindanao to give their trust to the military and support the campaign against loose firearms to attain lasting peace in the region. (SunStar Zamboanga)