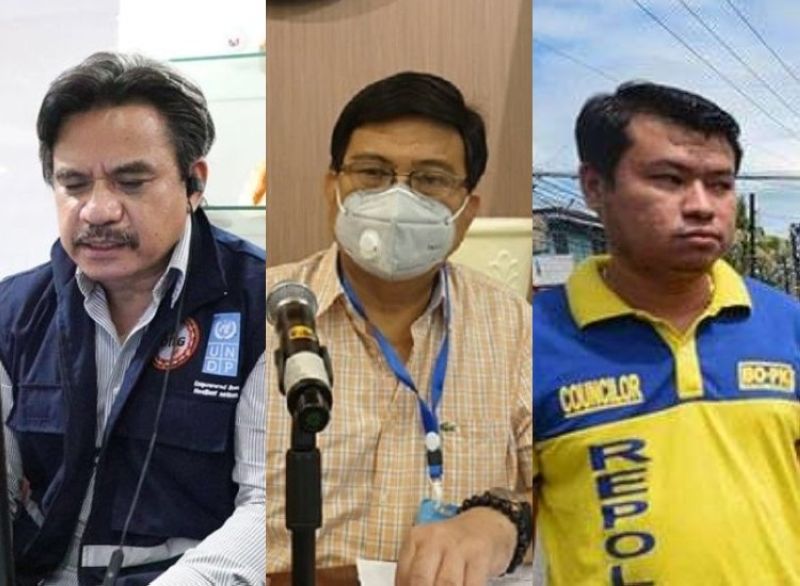 UNDER a resolution of the Regional Inter-Agency Task Force (RIATF), “all physical and actual performance-based activities” during the Cebu City Sinulog on the third Sunday of this month should be banned.

And Mayor Edgardo Labella, “as acting chairman/president of Sinulog Foundation Inc.,” is asked by RIATF to “cancel/stop” all such activities. At the same time, RIATF “endorses” its sentiment to the national IATF for “information and appropriate action.”

The January 7 resolution does not command or order the mayor; it requests. The endorsement to IATF-MEID in Manila qualifies at most as a recommendation. That means City Hall, which leads the annual cultural activity, may on its own cease and desist or proceed with the preparations until otherwise ordered by national IATF.

SFI CONCESSIONS, RIATF DECISION. On the same day the RIATF resolution was passed, the Sinulog Foundation Inc. (SFI) and its steering committee, led by Vice Mayor Mike Rama, announced at a press-con that it was canceling the “ritual dance showdown” and the street parade. All performances will be recorded in the respective localities of the dance contingents, which, the announcement said, will observe minimum health protocols.

REHEARSALS, RECORDING. It turned out, however, that even rehearsals and the performance for the video-recording are prohibited, per the RIATF recommendation. That prompted the vice mayor to react, saying in effect, “Unsa pa may ila? We already took out the dance showdown at SRP and the street dancing.”

RIAT Resolution #79 -- which Bzzzzz obtained from the office of Councilor Joel Garganera, deputy implementer of IATF at the city’s Emergency Operation Center -- rejects the “bubble concept” and pre-recording of performances the SFI and its steering committee adopted. The local task force believes that the risk of infection and transmission would still be high, not only among the participants but also the crowds the rehearsals and filming would draw.

WOULD IT CANCEL SINULOG? Effectively, the ban would eliminate Sinulog 2021. Removing all kinds of public performances of the dance, including pre-recorded dancing, is taking out the core of the cultural activity.

RIATF suggests TV or online shows featuring videos of previous celebrations and “alternative activities.” That would be remembering Sinulog's past, nothing real or virtual of Sinulog present.

Mayor Labella reportedly would abide by central IATF’s decision, conceding the high risk of transmission. The RIATF pointed out the DOH report of double-digit rise of new Covid-19 cases in the first weeks of January, following the dawn masses and holiday parties.

Why does Mayor Ed Labella call “cheap shot” the filing of a complaint against him and City Hall’s public services chief John Jigo Dacua by Barangay Captain Kirk Bryan Repollo with the ombudsman for uncollected garbage in Inayawan? The mayor allegedly failed to renew the city’s contract with the private hauler that served the transfer station in that barangay, piling up trash there since December.

The term “cheap shot” involves the “deliberate act of roughness against a defenseless opponent.” The mayor is not exactly defenseless, being the highest official of a premier city.

The mayor though is often the recipient of most complaints from citizens, making him an easy target, which the barangay captain apparently exploited. But Bryan is not an ordinary citizen; he is a public official who under the law also has the duty to have the garbage collected.

Suing the mayor is not cheap. It will cost Labella and Repollo time and distraction, obviously to the prejudice of the people the two public officials serve.

P.S. A City Hall “tambay” said Repollo should’ve also sued the city administrator who is supposed to run and manage the city’s day-to-day operations. And how about Inayawan’s Milo, whose main function to coordinate between City Hall and the barangay and alert the mayor on urgent problems there? The “il” in Milo stands for “information and liaison.”