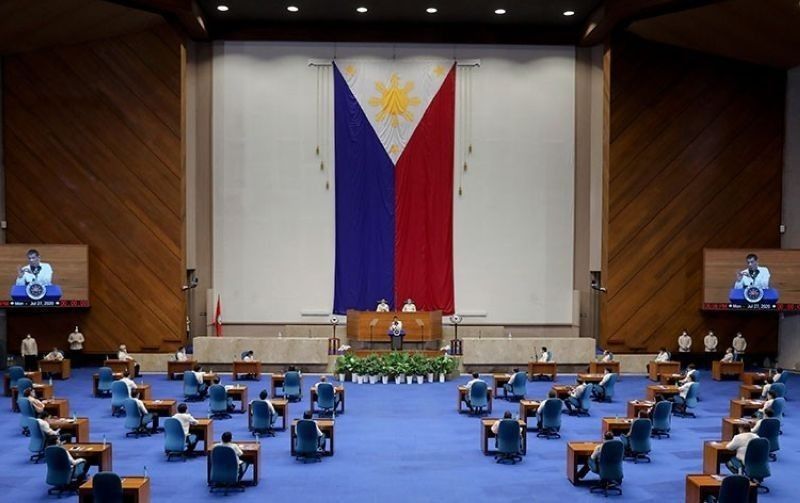 Velasco said he hoped Congress would finish the debates before the end of 2021.

An amended 1987 Constitution is envisioned to be presented to the public for ratification alongside the May 2022 national elections.

Through the Resolution of Both Houses (RBH) 2, Congress is proposing to amend Sections 2, 3, 7, 10 and 11 of Article XII (National Patrimony and Economy), Section 4 of Article XIV (Education, Science and Technology, Arts, Culture and Sports) and Section 11 of Article XVI (General Provisions) of the 1987 Constitution.

The amendment will add the phrase “unless otherwise provided by law.”

The addition of this phrase will allow Congress to enact laws to free up the economy to foreign investors, or maintain the status quo, Velasco said in a statement.

He said Congress needs to pass laws that will attract foreign capital to support the country’s economic recovery from the devastation caused by the coronavirus disease 2019 (Covid-19) pandemic.

“RBH 2 seeks to liberalize the restrictive economic provisions in the Constitution that prevent us from becoming fully competitive with our Asian neighbors,” Velasco said.

He noted that when he filed RBH 2 in July 2019, the Philippines was among the fastest growing economies in Asia.

“No one could have predicted the onset of a global pandemic, along with the devastation it has brought upon the economies around the world,” he added.

The Philippines, like other economies worldwide, has been in recession due to the pandemic, with gross domestic product (GDP) shrinking for three consecutive quarters.

The second quarter decline, which was revised to 16.9 percent from the initial 16.5 percent estimate, was the lowest recorded quarterly growth starting the 1981 series.

“As global economies slowly start to reopen, we cannot allow the Philippines to lag behind in terms of investments and opportunities. We need to seize the momentum if we are to fully recover from the economic devastation of Covid-19,” Velasco said.

He noted that Congress has already set the stage for economic recovery when it approved the P4.506-trillion national budget for 2021 and extended the availability of funds appropriated through the Bayanihan to Recover As One Act or Bayanihan 2.

The 2021 General Appropriation Act includes a P72.5-billion appropriation for the purchase of Covid-19 vaccines for Filipinos. (Marites Villamor-Ilano / SunStar Philippines)