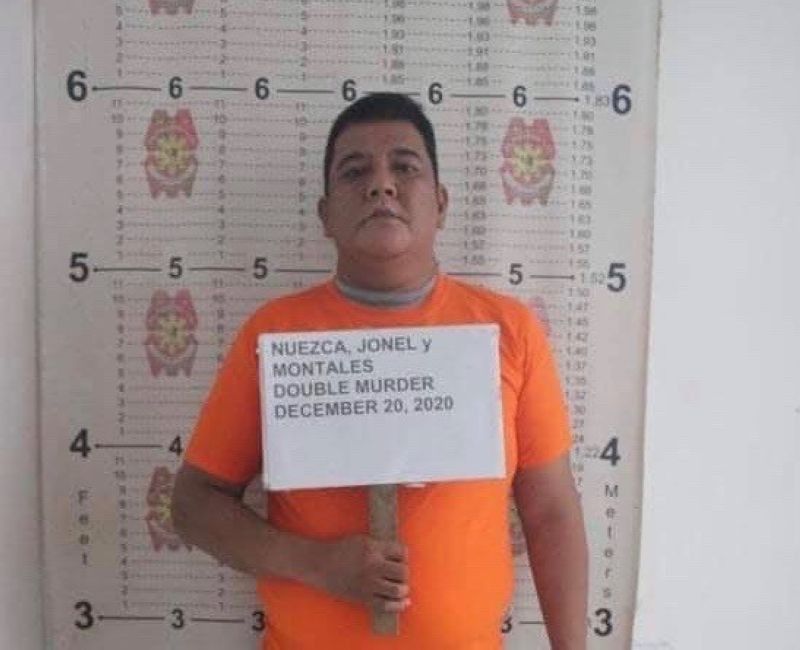 PANGASINAN. Policeman Jonel Nuezca is booked for murder at a police station in Rosales, Pangasinan on December 20, 2020. (File)

THE policeman who shot dead Sonya Gregorio and her son Frank Anthony during an altercation on December 20, 2020 in Paniqui, Tarlac has pleaded not guilty to murder charges.

The first hearing of the case has been set for February 4, 2021.

Nuezca shot point-blank the mother and son, who were his neighbors, in front of their relatives late afternoon of December 20.

The incident, which was caught on video that went viral on social media, drew public outrage and prompted Philippine National Police (PNP) Chief Debod Sinas to order Nuezca's dismissal from the service.