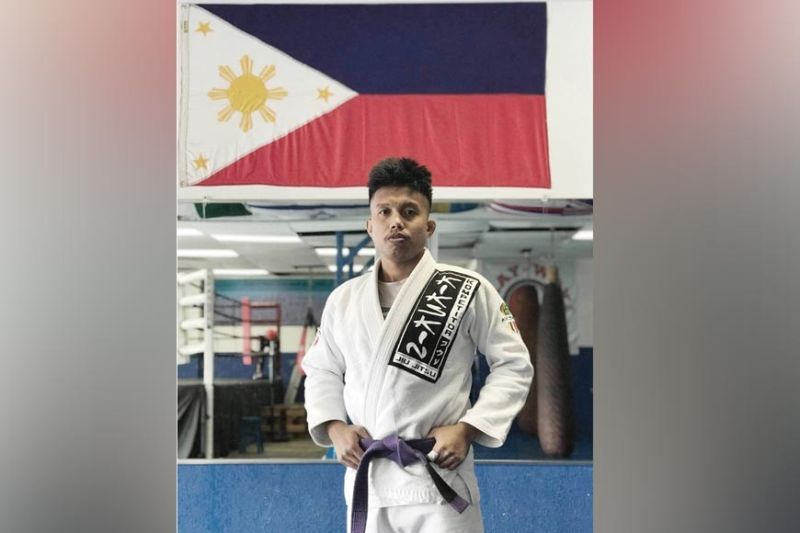 LOVE FOR MMA. Former sportswriter Lemuel Maglinte is now in the US to try his mettle in the Jiujitsu World League American Open on Jan. 23, 2021 at the Sahara Event Center in Las Vegas. / Contributed

LEMUEL Maglinte isn’t doing much sportswriting these days. After quitting his job as a sports scribe in 2019, he shifted his focus on his other passion — Brazilian jiujitsu (BJJ).

The 32-year-old Maglinte, also an unbeaten mixed martial arts (MMA) fighter, is currently in the US and is set to compete in the biggest BJJ tournament of his life.

“I just want to represent Cebu. This is my first official tournament as a purple belt because I had no opponents in my two previous tournaments in Cebu,” Maglinte told SunStar Cebu.

“My goal really is to win a medal, even if it’s just a bronze, because the tournament is stacked,” added the native of Cebu City.

“Preparation here is hard because most of the gyms here have closed down because of the lockdown. I also have a struggle in my diet because of the food here,” said Maglinte, who’s living with his aunt in Las Vegas.

Maglinte’s preparation was just mostly home workouts and jogging before deciding to fly to Sacramento to train for four months at the Rancho Cordova Martial Arts Center.

“That’s why I decided to transfer from Vegas to Sacramento because I know someone who owns a gym there. At least I can do striking and conditioning and do a little bit of grappling,” he said. “I’m just doing sessions in different jiujitsu gyms here. I’m doing conditioning and MMA training at the Rancho Cordova Martial Arts Center. They also have grapplers there.”

Even though he’s way out of his comfort zone and thousands of miles away from his home and his wife Jeralyn, Maglinte feels that all his sacrifices will pay off because he’ll get a chance to prove himself in the international stage.

“The weather has been a huge challenge. I’m also way out of my comfort zone. I’m far away from my wife, my family and friends,” said Maglinte. “I want to showcase my skills. I also want to test myself in the international level.”