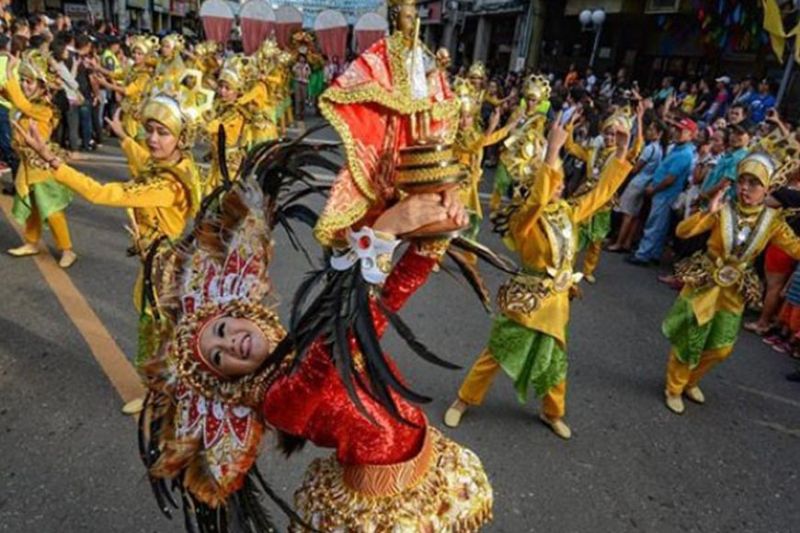 TWO contingents that signed up for the Sinulog 2021 ritual showdown are asking for a refund.

The Sinulog Foundation Inc. (SFI) and the steering committee of Sinulog 2021 recently announced the cancelation of all Sinulog cultural performances this month.

Contingents may still be able to perform in April during the celebration of 500 years of Christianity in the country, but only if the coronavirus threat abates.

Before starting preparations and rehearsals in November last year, he said he took out a loan to pay for the participants’ costumes and props.

In the past, the Cebu City Government provided cash subsidies to contingents. But under present circumstances, there may be none this year.

Niñal hopes this won’t be the case.

His sentiment is shared by the award-winning contingent Lumad Basakanon of Barangay Basak San Nicolas.

Basak San Nicolas Barangay Captain Norman Navarro said he owes money to a few individuals like artists, choreographers and some stores where he got materials for costumes and props. Altogether, he said, he has spent around P100,000.

Aside from spending on costumes, the two village chiefs said they also had to shell out money to ensure the safety of participants.

Niñal said he provided a bus to fetch participants from their houses and to bring them home to ensure they didn’t go anywhere else after practice.

In Navarro’s case, he provided participants with face masks to ensure they complied with minimum health standards.

The two barangay officials are asking the City Government for a refund so they can pay off their debts.

Mayor Edgardo Labella said he still has to confer with the SFI to discuss the cash subsidies.

He will also direct the Local Finance Committee to convene and discuss the matter.

Labella, in an interview on Sunday, Jan. 10, 2021, said he is seriously thinking of refunding contingents for expenses they’ve incurred as long as it won’t violate Commission on Audit rules.

Labella said he sympathized with participants who had invested time in rehearsing. He hopes they understand why the activity was canceled at the very last minute.

If the City does push through with the release of the cash subsidies, the SFI will prioritize contingents that will perform in the quincentennial celebration in April and in the Sinulog next year.

Meanwhile, Labella reminded the public that only residents carrying quarantine passes from the City Government and authorized persons outside of residence who live in the city will be allowed to attend the novena mass at the Basilica del Sto. Niño.

He urged non-Cebu City residents to watch the mass online or listen to it on the radio.

If they still insist on going, they will be directed to the Plaza Indepedencia where a large screen has been installed so they can watch the mass there, said City Councilor Phillip Zafra, committee on peace and public order chairman, adding that law enforcers cannot force churchgoers to go home.

There are other churches in Cebu City that hold novena masses in honor of the Sto. Niño or the Child Jesus to decongest the basilica.

The mayor also prohibited the playing of loud music on Fiesta Day on Sunday, Jan. 17, to keep people off the streets.

Some residents had made it a habit to set up big speakers outside their houses to play the Sinulog theme song nonstop, but Labella said this year’s celebration will be more solemn and will involve more prayers. (JJL with WBS)